My father turned 76 today. His birthday present was a family mystery 'bus trip' to.....

A month or so ago when there was one of those super tattslotto draws, win 40 million, I asked my father what he would do if he won. "Maybe you think I am stupid, if I win I buy a tractor, the best one. I always wanted to drive a tractor, go round the paddock, smell the grass, looking around, beautiful. I always wish I had a tractor."

He didn't win tattslotto and he couldn't buy a tractor but my sister has a friend with one. And so today, for his birthday, we took him on 'the party bus' to a property on the outskirts of Latrobe where a tractor was waiting, all ready for him to slash some grass. The sky was blue, the sun shone, there was a gentle breeze, the countryside was green and my father had the most perfect hour or so fulfilling a dream. 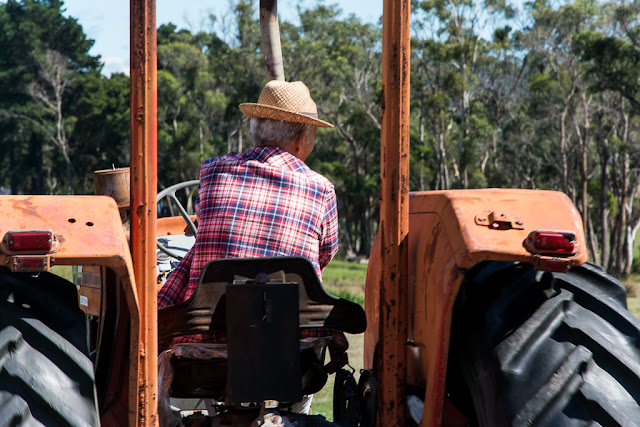 Even towards the end of life there is still time for living and for making memories and for some dreams to come true.

P.S A very big thank you to Warren and Linda

This last week there has been time, time for lots of things that have been waiting for slower days.

the raspberries that were frozen have been turned into muffins 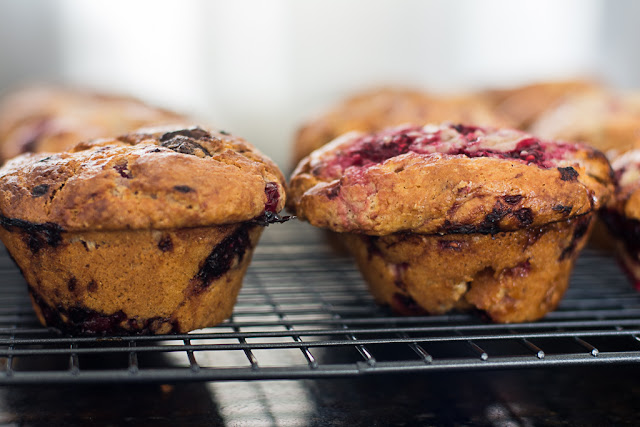 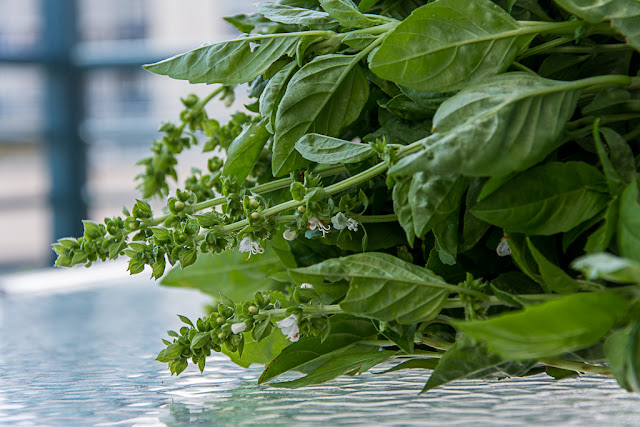 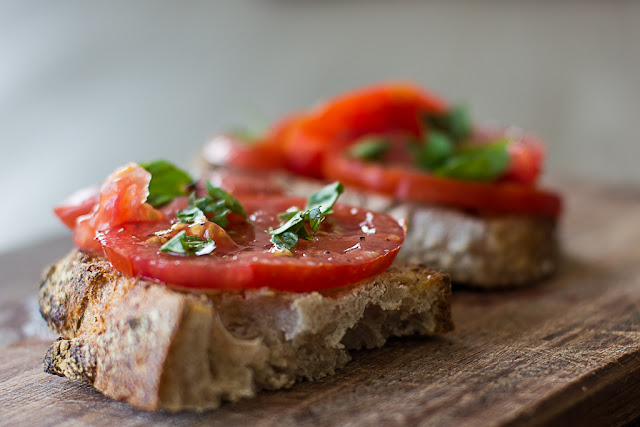 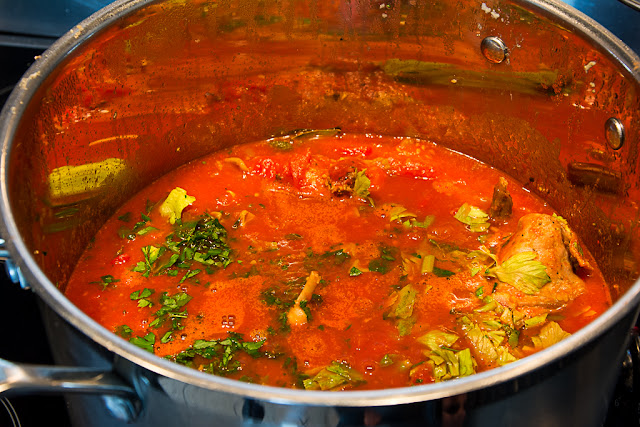 are rows of pickled, preserved and bottled 'stuff' stored from my fathers place 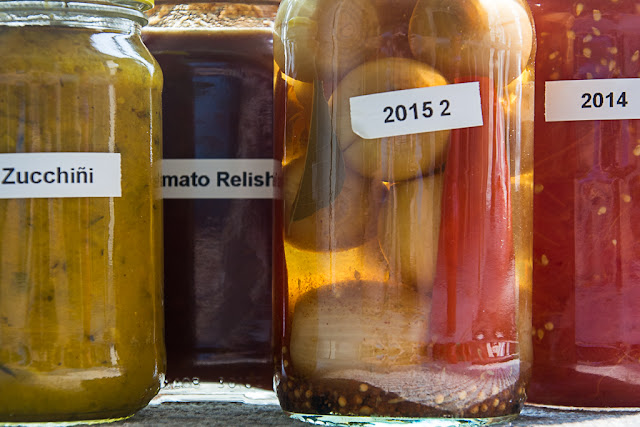 In my laundry cupboard; 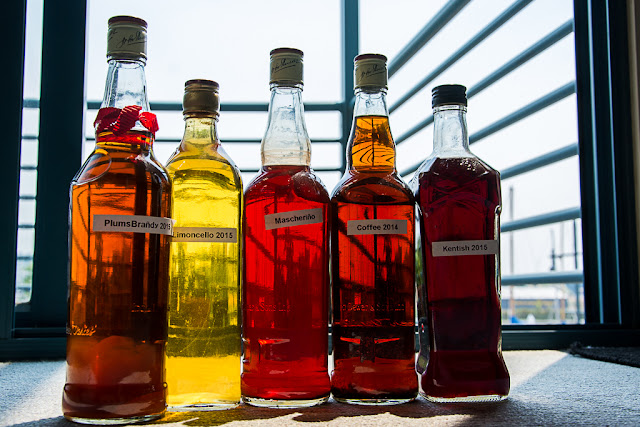 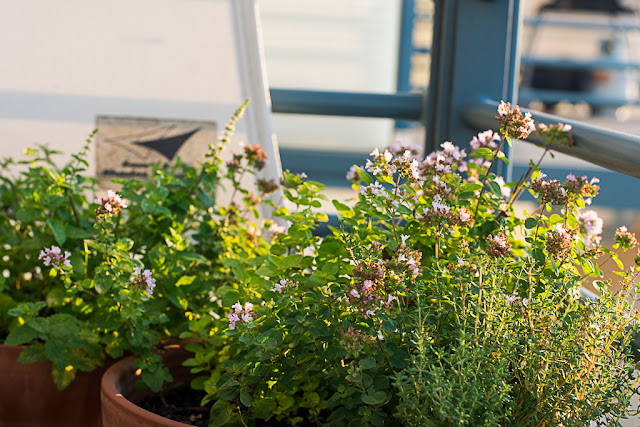 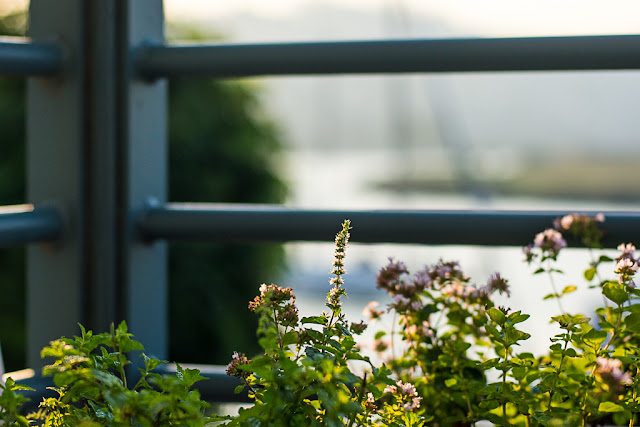 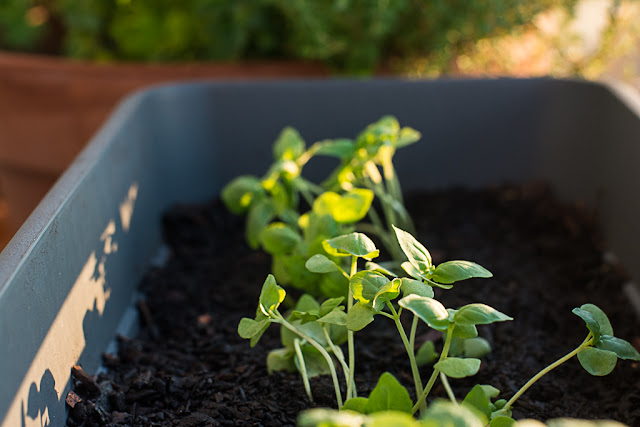 Posted by Maria DiCocco at 11:38 No comments:

Because it feels too risky.

As we take a leisurely Sunday drive discovering yet another beautiful hidden gem in the Tasmanian countryside we see a four wheel drive towing a caravan. I say to Colin, "do you think we will ever do our big Australia trip? Do you still want to?" We both decide that yes we still want to - sometime, we just don't know when or how.

We have been discussing of late possible plans for our return to Melbourne next year, things like how we don't really want to live in Melbourne but Colin needs to work there and we want to be close to our kids who live there. We were dreaming of renting a place in Barwon Heads (an hour and a half from Melbourne and on the surf coast - that's Colin's strong preference and seeming as I don't have one I'm happy to oblige). We were thinking of renting for a year, getting a feel for the place, then selling our Brunswick home and buying something down there. Kind of settling down.

It is appealing and a bit sobering, there is something final about that plan. The financial commitment of that choice might jeopardise other hopes and dreams. There are still two 'big' things we would love to do; travel Australia in a caravan and spend some time in Italy, the birthplace of my father.

It occurred to us that if Johanna took a gap year next year maybe we could too. Maybe it was possible to do the two 'big' things we really want to do before we settle down. Over lunch in a pub we continued the conversation begun in the car. Was it possible, could it actually be more than a dream, could we make it work financially. Once we had the thought we couldn't let it go. Sometimes a simple question is a dangerous thing, more so if you tend to ask why not.

There is something about the idea and the timing that just feels right. It may not be possible and it certainly feels risky and it is definitely worth exploring... 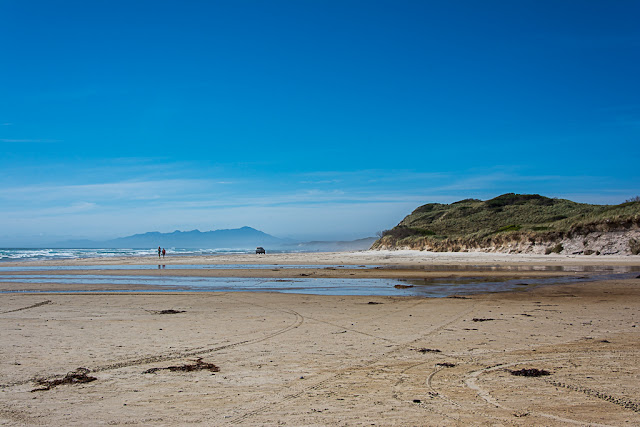 Posted by Maria DiCocco at 08:14 No comments:

Today the wind blew and blew, not a gentle refreshing breeze but an angry defiant blast. I do not find the sound of this kind of wind a pleasant one at all. It is surround sound at full volume - a deep roar of rushing, moving air and the high pitched whine of vibrating air and the bangs and rattles and moans and groans of everything in its path. The wind is pushing and challenging, pitting itself against all else; confrontational and resolute, it will bow to no-one or no thing. It gets into your head and sets you on edge, incessant like a child's whinging and just as exhausting.

The wind is furious but then it relents. It is such a relief. your tense body relaxes momentarily, you feel like you can breathe. The silence is loud. But it is fleeting and with a vengeance the roaring returns and the whining and the battering of people and things. And so it goes, all day, relentless and merciless.

This savage wind is no friend of mine... 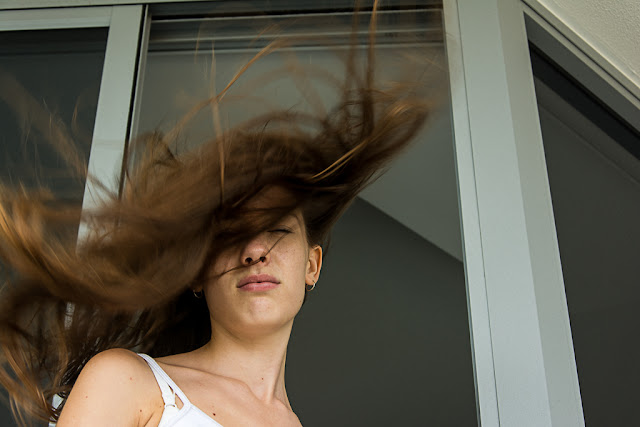 Posted by Maria DiCocco at 18:23 No comments:

sourdough bread, homegrown tomatoes and basil, a touch of salt and pepper - it doesn't get much better than that... 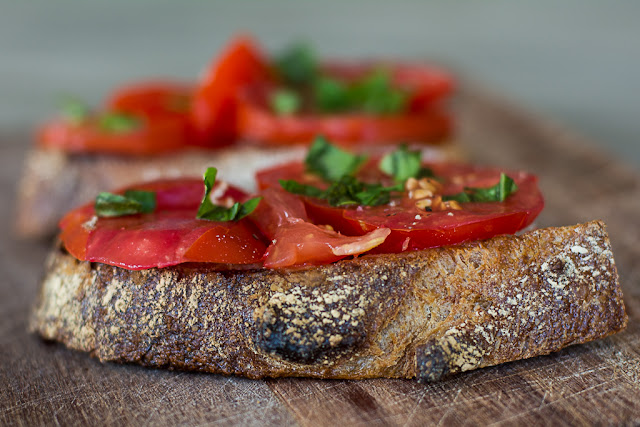 Posted by Maria DiCocco at 09:40 No comments:

Back from Melbourne again and it feels like my year can begin now, like I can finally take a big breath and begin to look ahead. January was moving month, my father and my father-in-law, an intense non stop kind of month with significant life events and all the turmoil they entail. There is the actual physical move; the sorting and packing and giving away, the cleaning and carrying, loading and unloading, the selling and buying. And then there is that whole other side; loss and grief, memories, letting go, uncertainty, new beginnings, change. Such big feelings and such a momentous time. January was upheaval month for the two septuagenarians. I feel exhausted, I can only imagine how they feel. I hope the coming months bring them some well earned rest and peace... 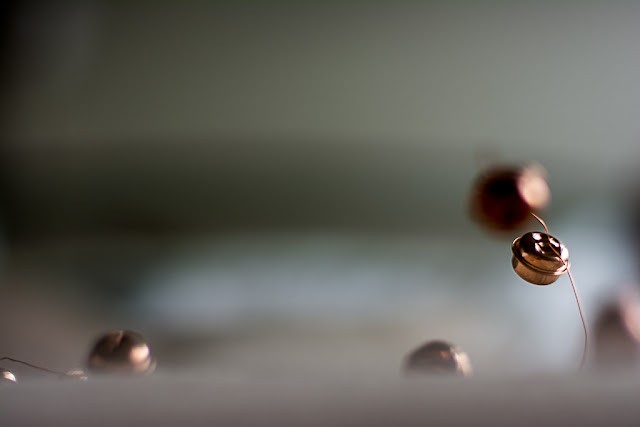 Posted by Maria DiCocco at 14:46 No comments:

This week I had some time - time when there was nothing I had to do, or should do or wanted to do. Precious moments of time to pass just as I pleased. And I reached for my camera that has been sitting so forlorn and forgotten for much of the last few months and I reached for a lens that rarely gets used. The drizzle outside decided my staying inside and one thing led to another and the morning disappeared.

I like that sometimes with photographs you never quite know what you will get, that there is an element of surprise and that the ordinary can become something else all together. 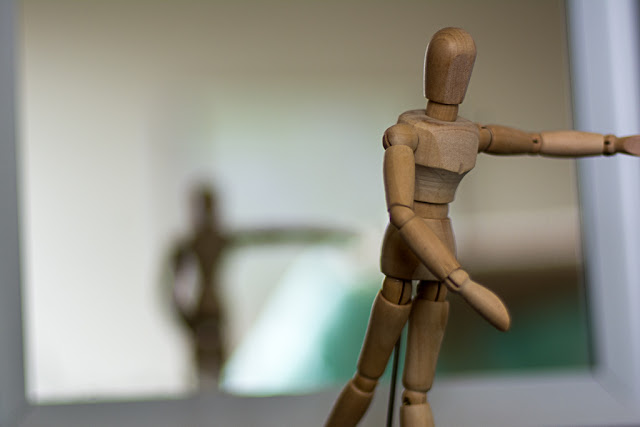 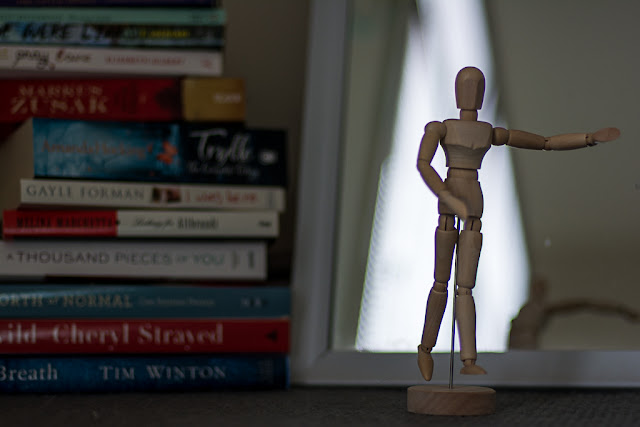 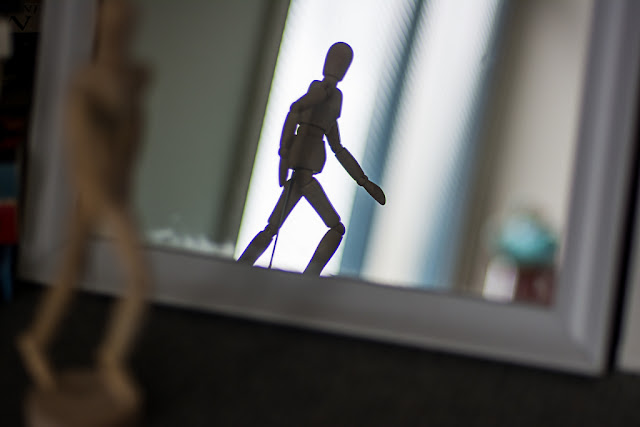 That you can focus on the shadow alone 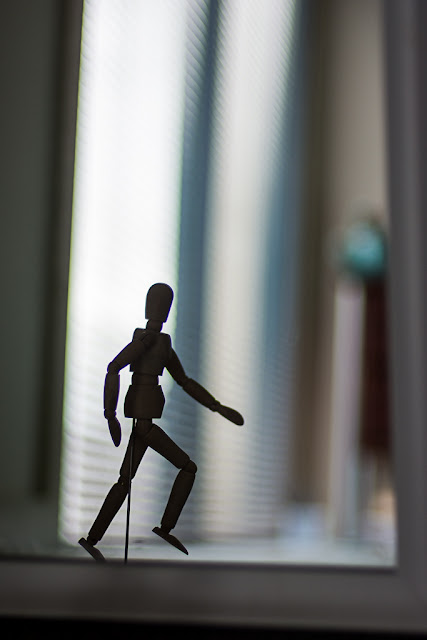 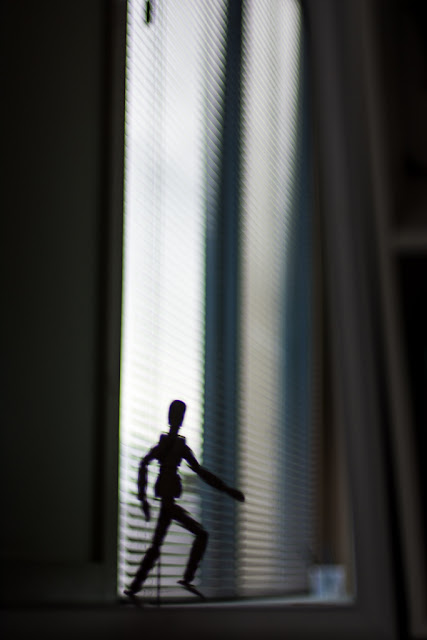 Posted by Maria DiCocco at 15:49 No comments:

The west coast of Tasmania continues to battle out of control fires and the east coast has been pummelled by storms. Fires and floods, an all too familiar story in the Australian landscape. It is not often though that you get them simultaneously on opposite sides of the same state, within a couple of hundred kilometres of each other. How fickle are the weather gods!

My usual walk to the basin was not so usual this morning. The slow moving river of a week ago had been transformed to a raging torrent; a brown foaming, frothy mass of coca cola water roaring and surging, sweeping everything in its path. 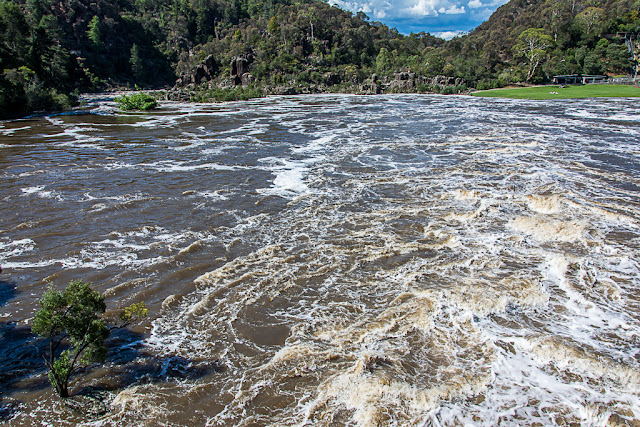 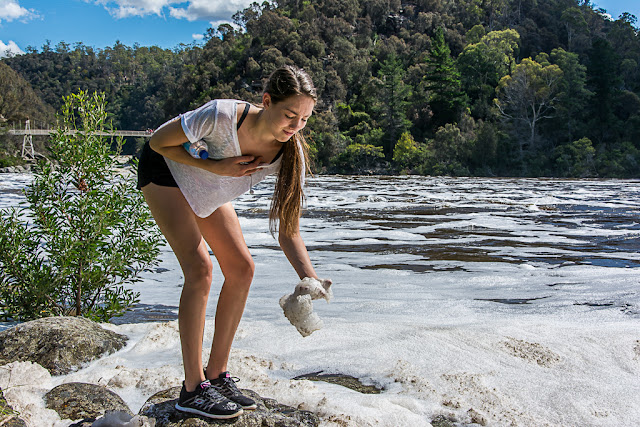 Posted by Maria DiCocco at 18:38 No comments: