Heidi has an unenviable birthdate - Christmas Day. We usually celebrate on a different day, this year we choose the 27th. We packed a picnic lunch and drove for a very long time to one of the most beautiful places in Tasmania, the Bay of Fires. We walked and climbed and ate and a few brave people swam. We found a cove in an out of the way spot and had the place all to ourselves - pristine white sand, lichen covered rocks, clear blue sea...

I forgot to pack my camera (sigh.... too busy packing the picnic lunch!) so we had to make do with iPhones (very unsatisfactory for such a stunning place)

Posted by Maria DiCocco at 07:55 No comments:

Rachel's arrival last week heralds the beginning of the festive and holiday season for us. The rest of the tribe arrives in a few days.

In the meantime we decided to head to the West Coast for a couple of days. Being a 'Hydro kid', I grew up in Gowrie Park, Strathgordon and Tullah; rugged, remote and mountainous areas of the state. I remember a lot of rain, bush and being surrounded by mountains. Living up close and personal, mountains were not just distant towering shapes, they loomed immediately above and cocooned the villages where I grew up - impressive and imposing, secure and timeless. It doesn't matter where you are on the West Coast there is a mountain somewhere nearby.

My mother came with us and we visited the places and houses where we used to live, the bush having reclaimed much that was taken from it. It really is a different world down there and thirty odd years seems like a lifetime ago. My girls could not fathom such a lifestyle, "but what did you do here?"

We stayed the night at Strahan, a lovely little place on the coast. It is strange that my mother had never been there and I, only in the last ten years. We had lived an hour or so away and yet had never come to this place. In Strahan, mining gives way to fishing and other coastal pursuits, it is a tourist hub now and gateway to the famous Gordon River wilderness.

The Ocean Beach was wild and spectacular. 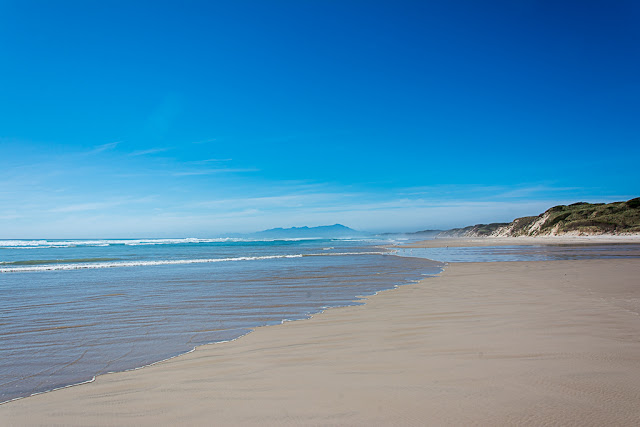 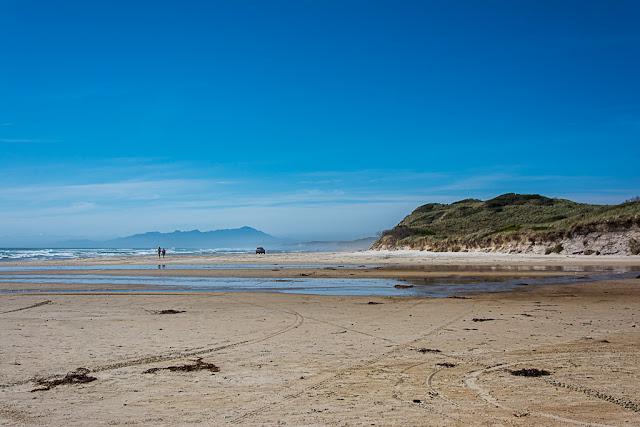 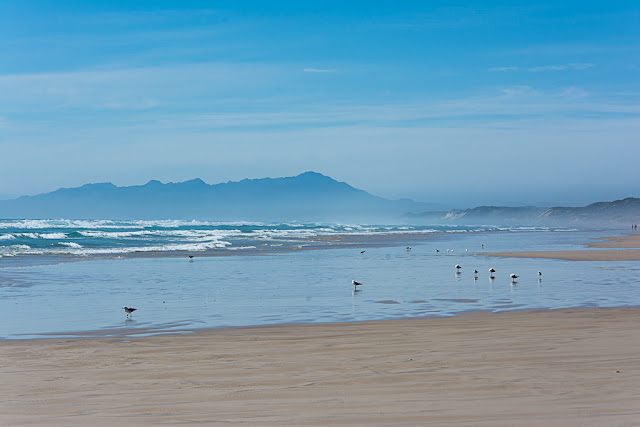 We drove to Macquarie Heads. Macquarie Harbour was an infamous penal colony "a place of extreme physical and mental torture". Hell's Gate was the name given to the narrow entrance to the harbour. 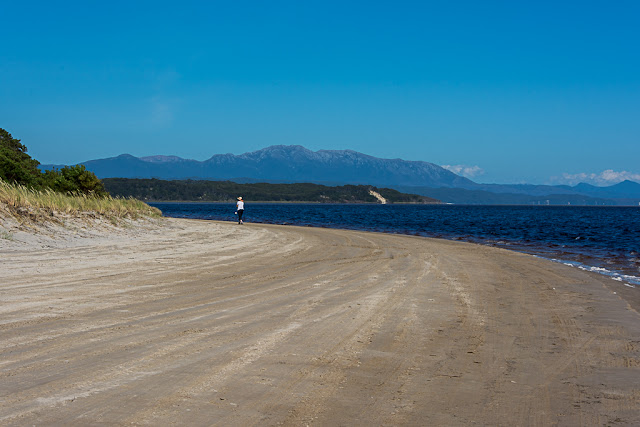 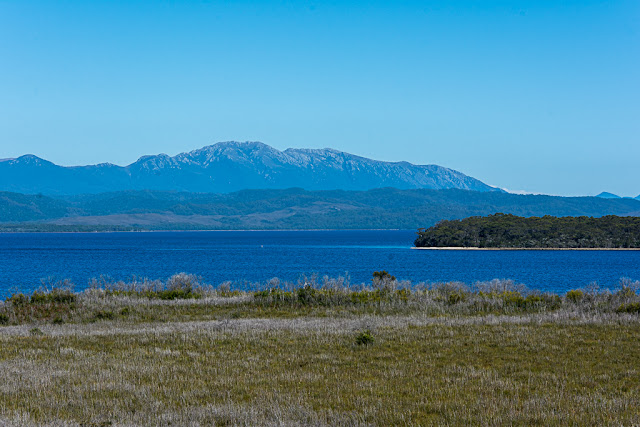 We walked to Hogarth Falls. 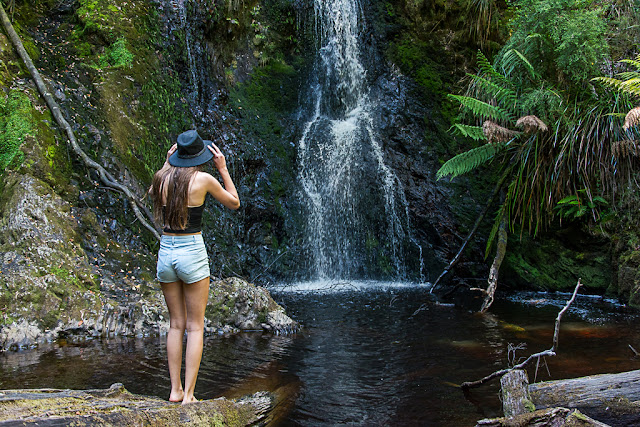 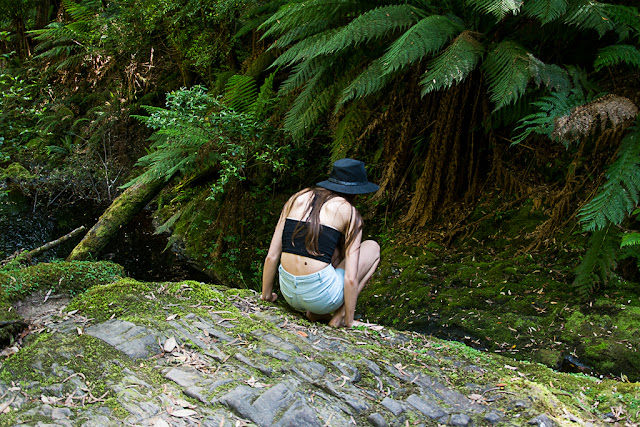 And picnicked at Henty Dunes 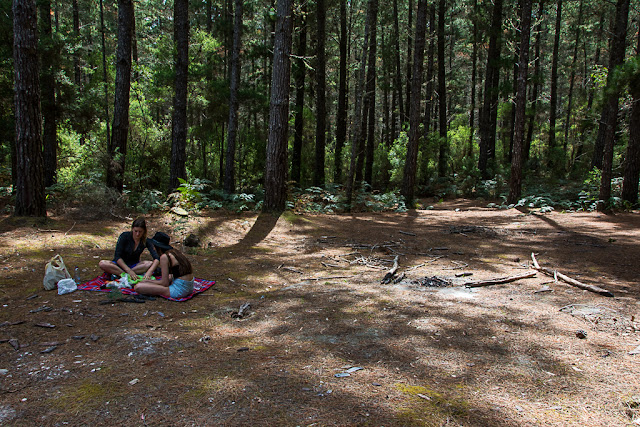 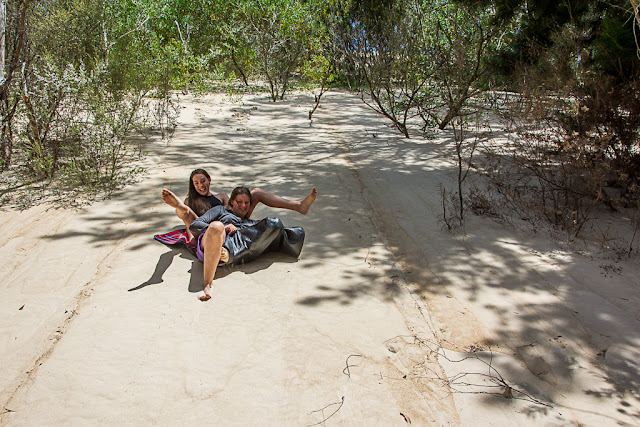 Some memorable bits:
eating locally grown Kentish cherries and spitting the pips out the car window
listening to Colin, Rach and Johanna belt out some tunes
warm wind blowing a gale through the car as windows were wound all the way down (going up windy mountain roads and having the air con on at the same time is a bit much for Pat)
sitting by the water at Strahan Cove, sun setting and pizza eating

Posted by Maria DiCocco at 08:26 No comments:

Colin had an appointment with a specialist in Caloundra, a follow up from our time living here. It was a good excuse for a long weekend. We booked ourselves into the apartment complex where we used to live, finding ourselves 3 floors up and a little to the left. The apartment is just like the one we used to live in, the furniture is different, that's all. It feels so weird to be back, like being home, but not quite. From the balcony a reminder of what we left behind...

We walk the familiar boardwalk to Kings Beach, Colin swims, we visit our favourite cafes, we notice the changes as one business replaces another, I catch up with a friend, we go to the movies for $7.50 each, we wander the Sunday market, we sit on wooden seats and watch the world go by...

We love the warmth and remember that December is the beginning of the rainy season when two out of our three days are grey and drizzly. We are reminded of summer storms as the clouds roll in late afternoon and we watch an electrical storm from our balcony. There is a brief moment when the clouds part and the setting sun creates a little magic in the sky. Such a beautiful place and such happy memories from our two years here... 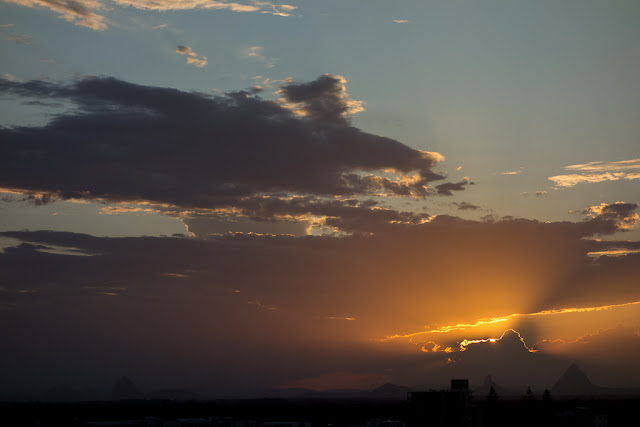 Posted by Maria DiCocco at 14:43 No comments:

The summer series of cycling events has begun. My nephew, having turned 17, now rides with the elite men. Today he participated in the University of Tasmania Stan Siejka Launceston Cycling Classic, a 45 minute ride around a circuit advertised as the toughest and most technically challenging since the event began. This time the 1.1km circuit also happened to include 'a bit of a hill'. Only about half the riders completed the race. My nephew managed to stay with the pack for 30 minutes, making the most of an opportunity to race with such experienced and professional riders.

(My little point and shoot struggled a bit too) 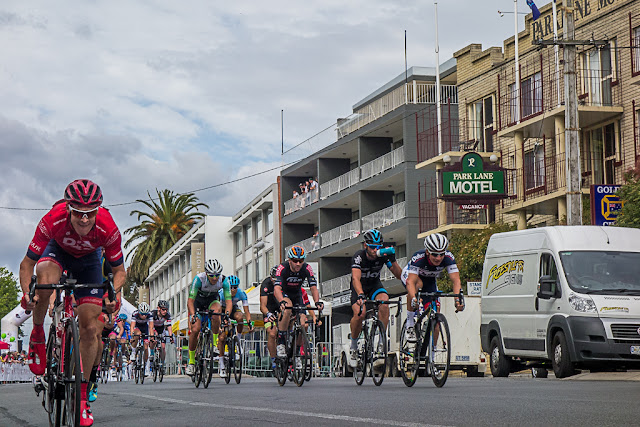 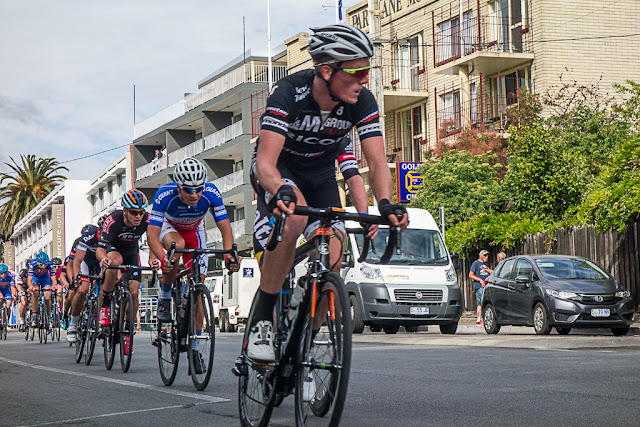 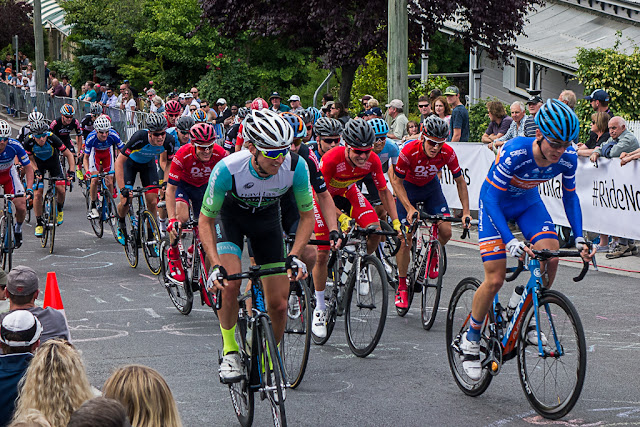 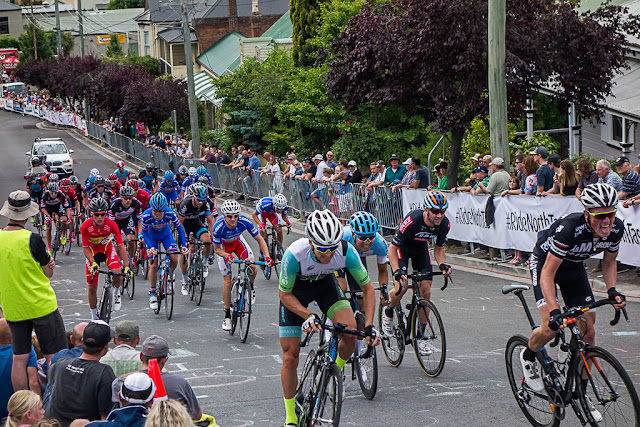 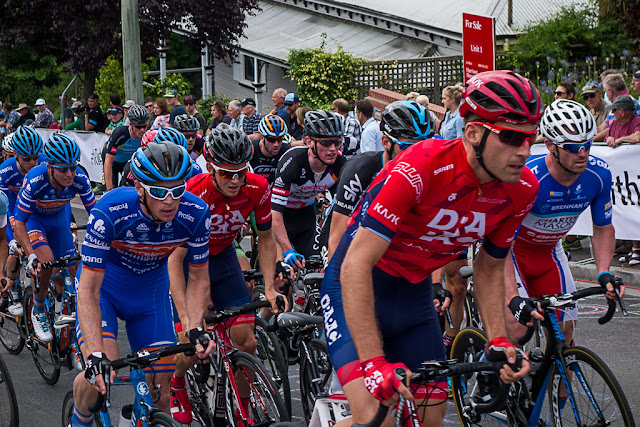 Posted by Maria DiCocco at 19:57 No comments: