Colin and I are steadily edging towards 'old people' territory; we went for a sunday drive! We want to make the most of our two years here, and exploring the nooks and crannies of this beautiful state is high on the list. Sunday found us in the far north west, our final destination Stanley and our task - to climb 'The Nut'. It was many kilometres and hours later that we achieved our goal. True to form, we kept getting side tracked along the way. The drive from Launceston to Devonport (where my father lives) is familiar, as is Ulverstone (where Colin grew up) and Burnie (where he had relatives as a child). It was further west that was unfamiliar, places that we had visited once or twice as children, the memories distant and hazy. It is a land of farms and bush and it is west of Burnie that the coastline becomes spectacular. Such beauty, isolated and unspoilt, enjoyed by so few.

Our first side track was to Table Cape, a headland that juts into the sea. It is not often that a fertile farming land sits atop a cape, is there a more beautiful place to farm than this? (most of the photos were taken from inside a moving car - mmm not the best) 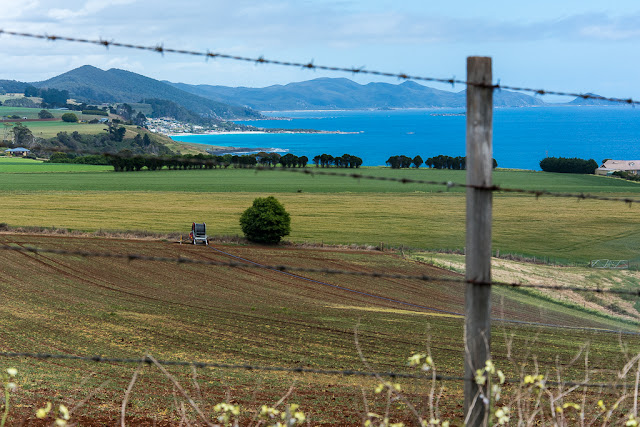 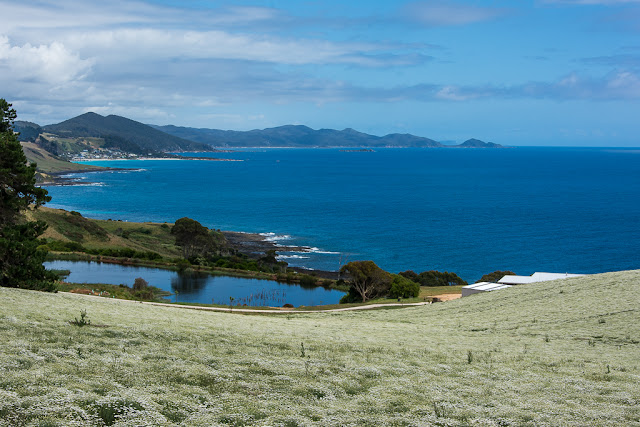 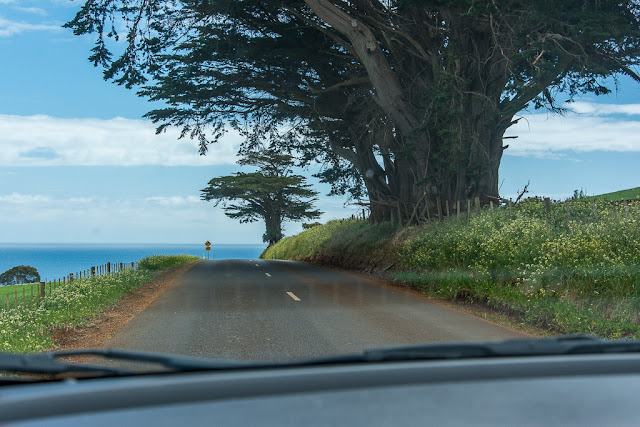 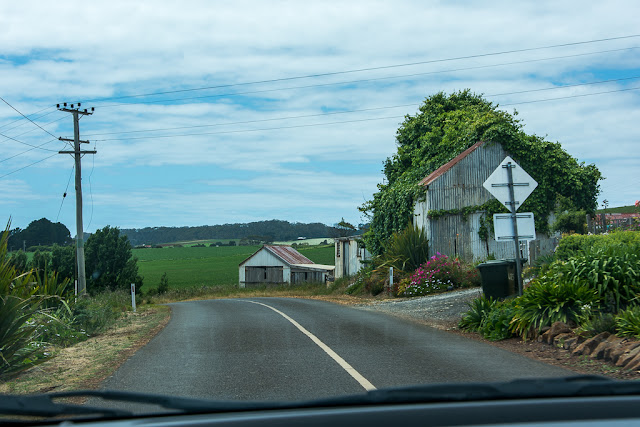 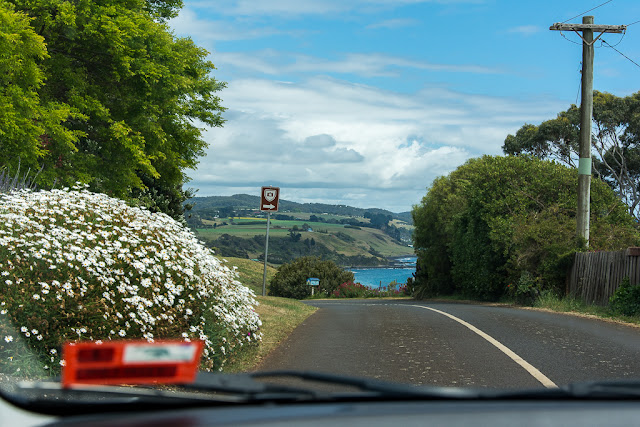 A little further up the road and we got side tracked again - Boat Harbour, the go to place for summer holidays by the sea. Typical of Tasmanian beaches - beautiful and freezing cold. Not that the locals seemed to mind, a day in the low twenties is a 'warm day' here, even if the wind blows cold. Shorts and tshirts were the attire of choice and there were people actually swimming without a wetsuit. And much to Colin's delight there were waves and even some surfers making the most of what was on offer. Colin had a swim of course. 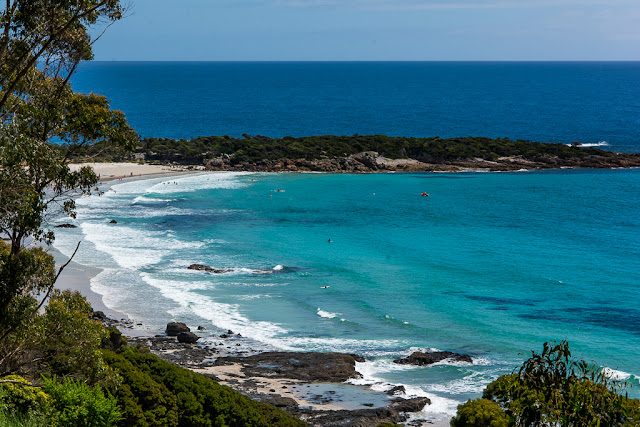 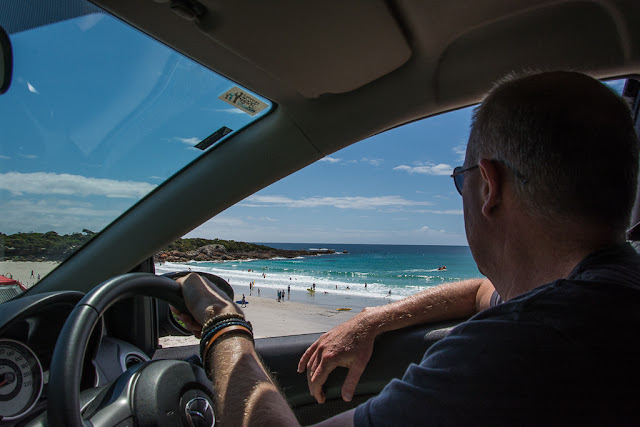 Another side track off the side track was Sister's Beach, 7 km up the road. We had to have a look of course. Another of those places in Tasmania where the road literally ends. The beach sits aside a National Park, there is a small general store, a cafe, a playground, toilet block and car park and that's it. There are holiday houses - some are shacks and some are not. Lucky are the people that live/holiday here. I wonder how many people actually know about this place. It is just so darn far away from anywhere. 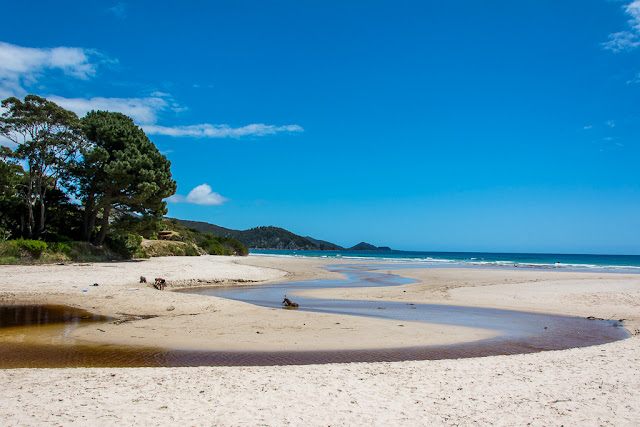 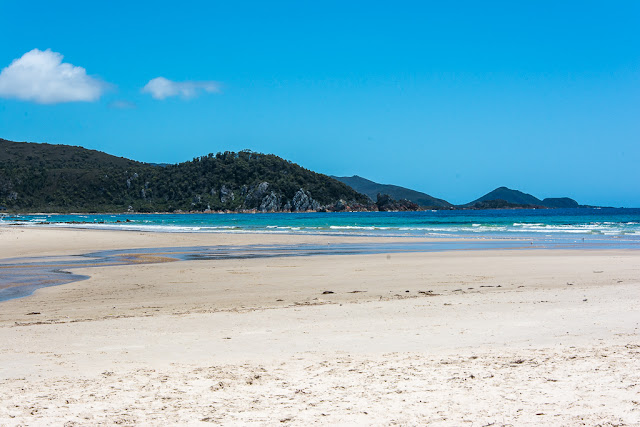 It was our stomach's that insisted we get back on track and get to Stanley. We were in danger of missing the two hour slot that is lunch here, a lot of kitchen's close at 2pm. Stanley sits at the bottom of 'The Nut', which is a 143 metre high volcanic plug, rising from Bass Strait. We ate lunch contemplating the walk up, a very steep 500 metre zig zag track. The amazing views from the top made the ascent worthwhile and the walking track around the top was equally spectacular. 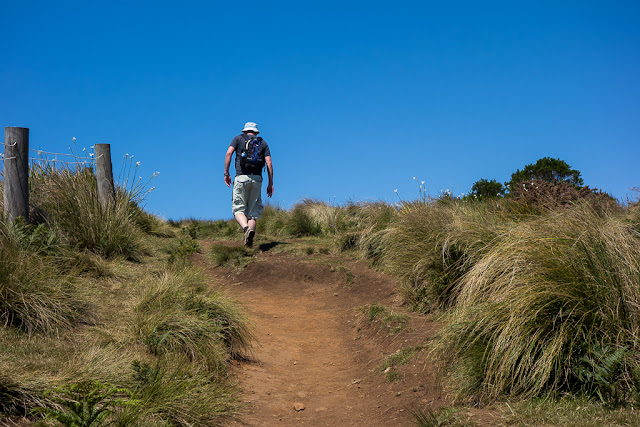 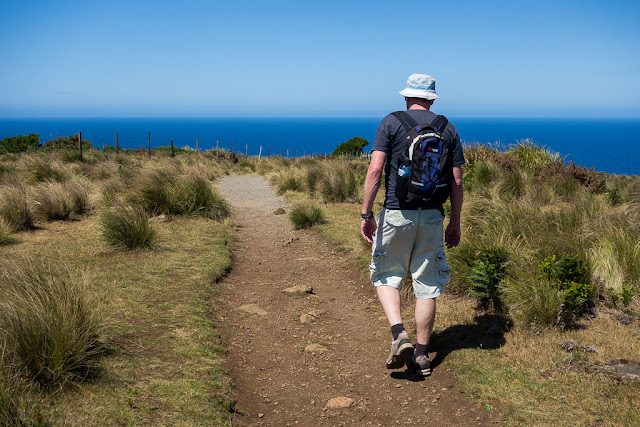 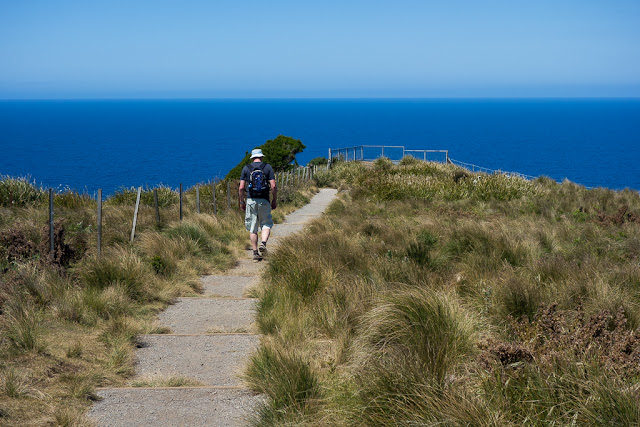 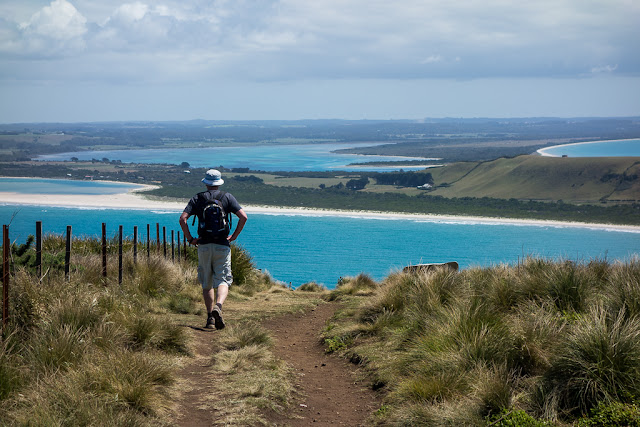 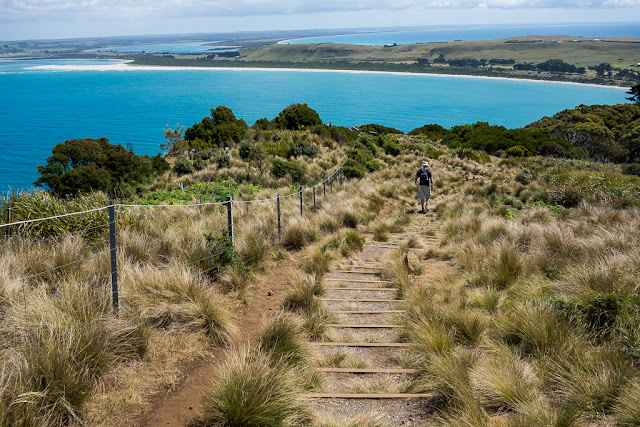 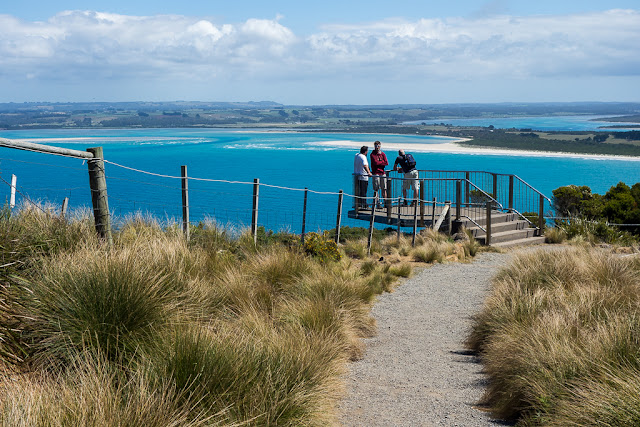