There was supposed to be some surf at Green's Beach today. Colin wanted to see if it was true. It wasn't. There was some sun and some blue sky and the water was turquoise, clear and cold, but there were no waves. 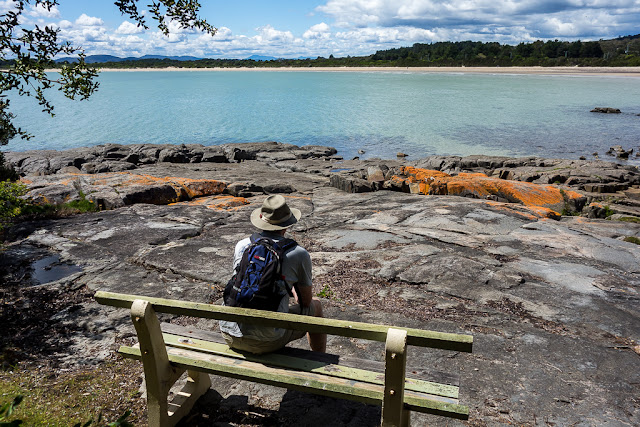 We walked part of the coastal track instead. It was strange to be walking in bush and hear the sea, to be surrounded by brown and green and then turn a corner and see blue. 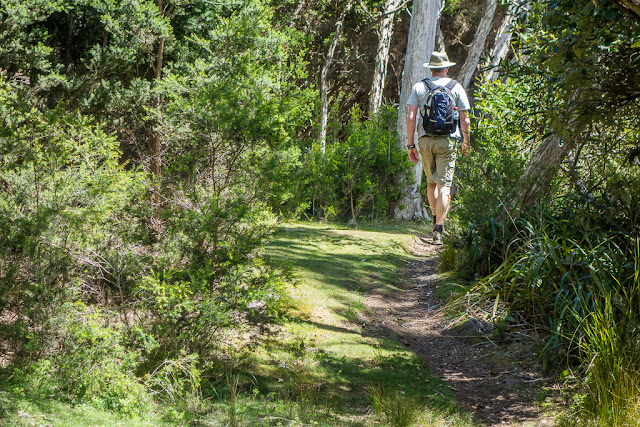 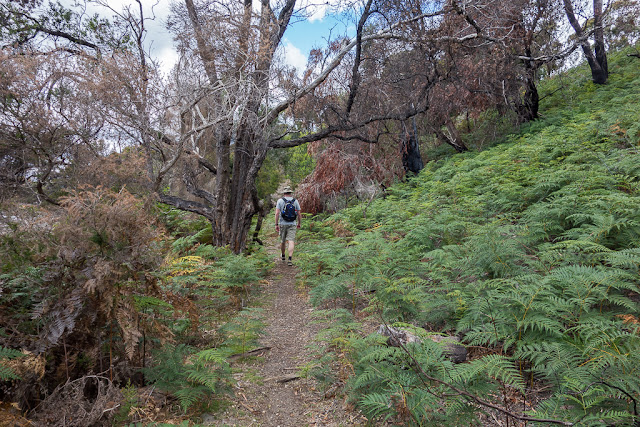 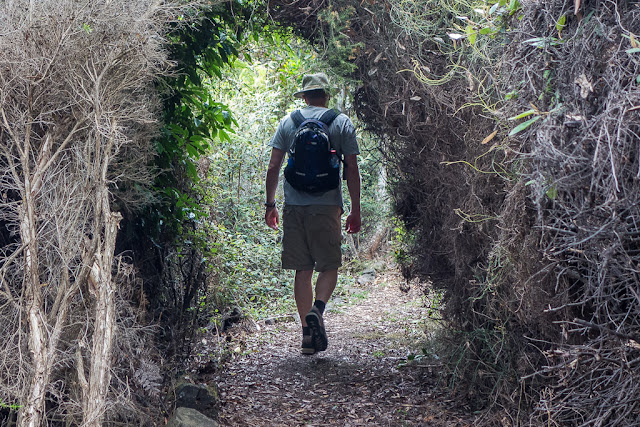 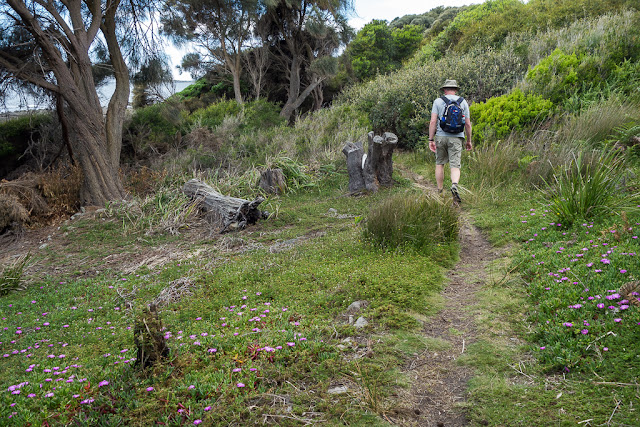 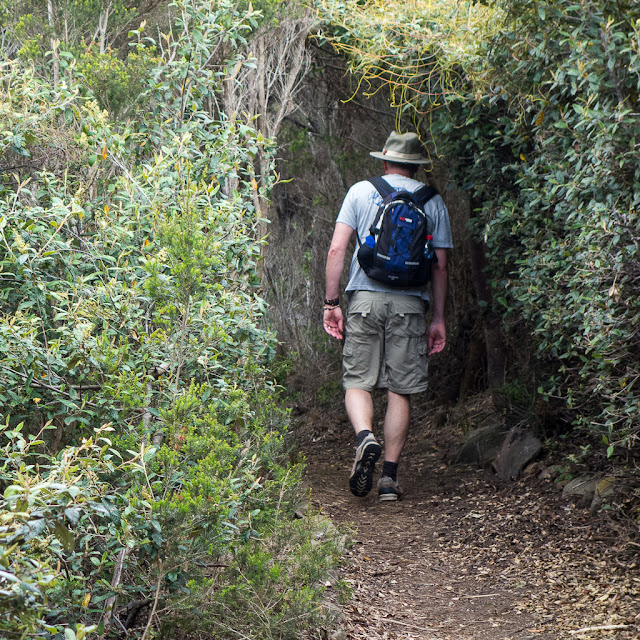 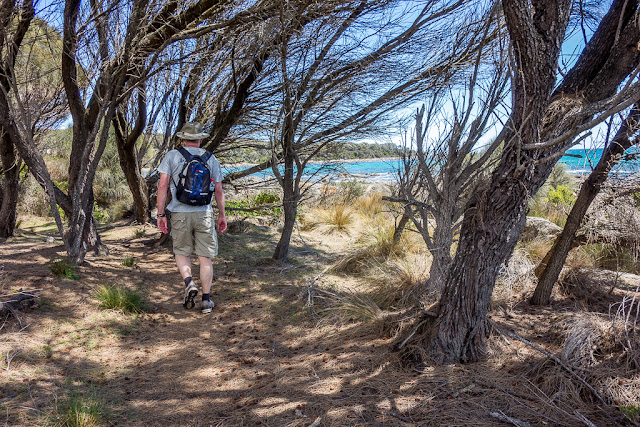 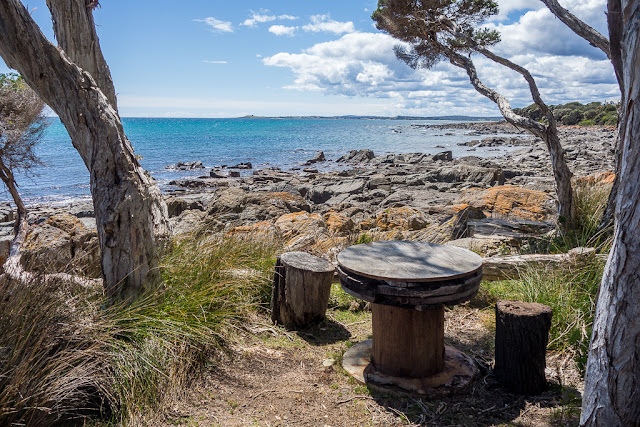 It is a rocky coast, grey boulders speckled with orange lichen, secluded beaches and coves and the occasional sandy shore. 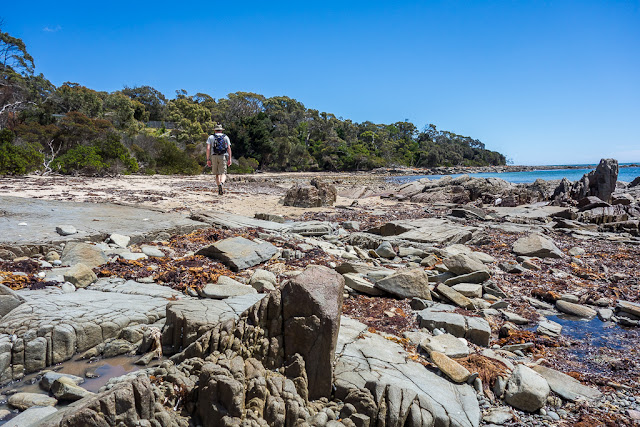 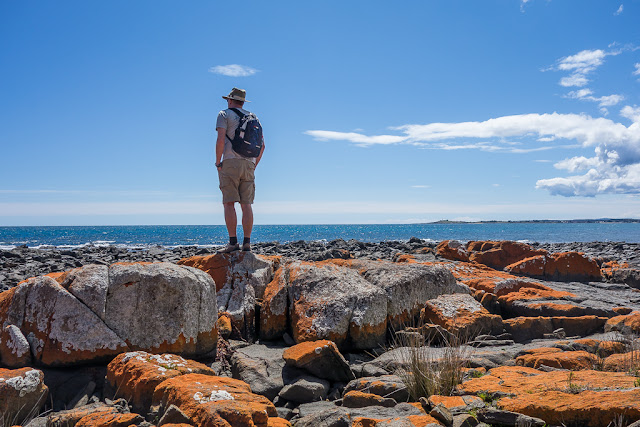 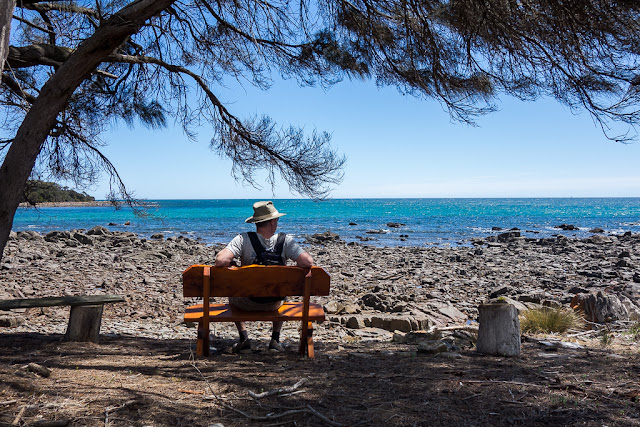 As usual Colin braved the cold and took a dip. Ever hopeful, he suggested I might like to join him. As if! And especially 'as if' when it is skinny dipping and when within minutes of his getting out and being partially clothed I hear voices and some fishermen emerge from the path... 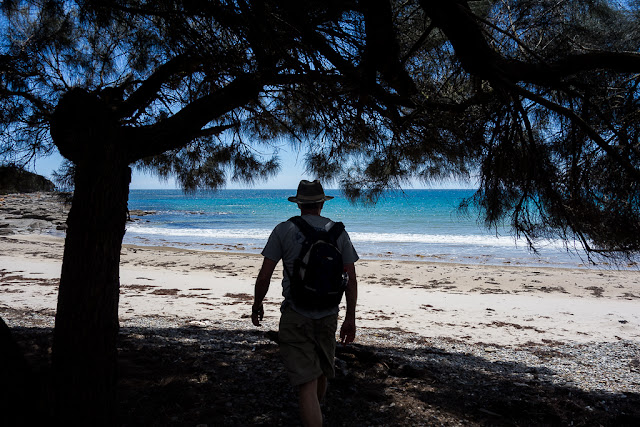