a whole lot of water

Johanna and I arrived home on Monday to a very wet Launceston. It didn't take long to catch on that unprecedented flooding was expected around the state. Our apartment at Seaport sits very close to where the North and South Esk rivers join the Tamar. Both were forecast to reach major flooding levels. We are fortunate to be on the first floor and renting so were a lot less stressed than some of our neighbours.

On Monday afternoon the North Esk peaked sending a wall of fast flowing brown water and debris past our doorstep. The water levels almost reached the height of the boardwalk. 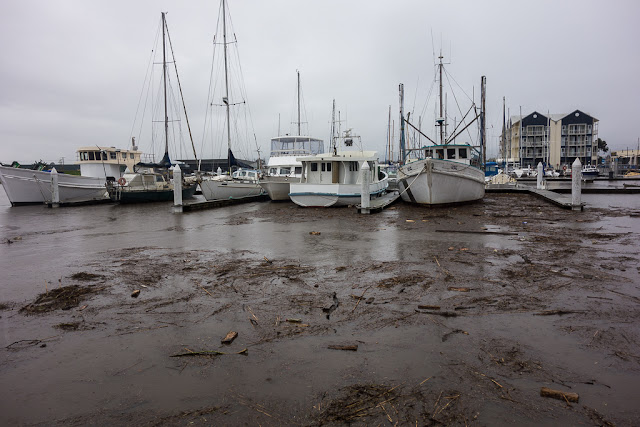 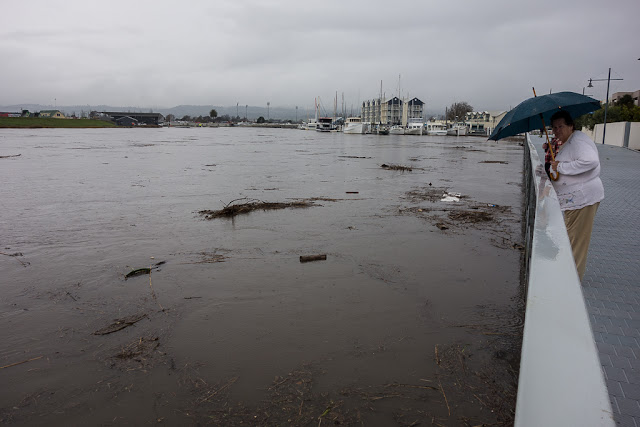 Today the South Esk became a raging torrent spewing into the Tamar. 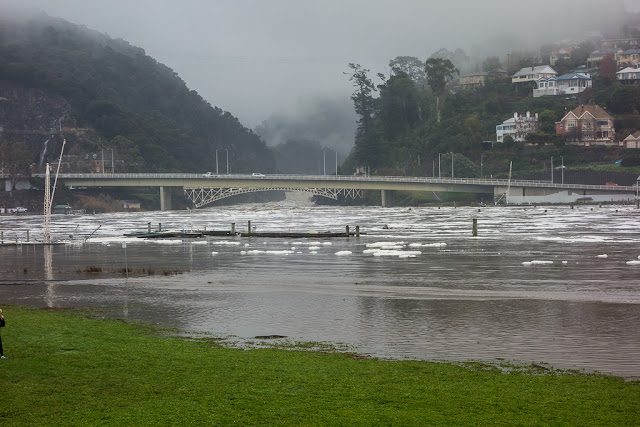 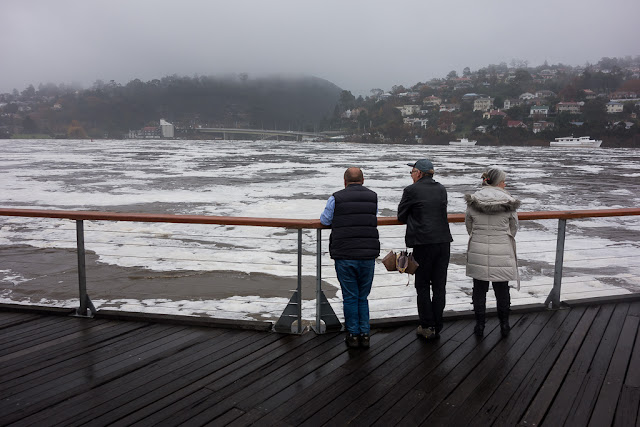 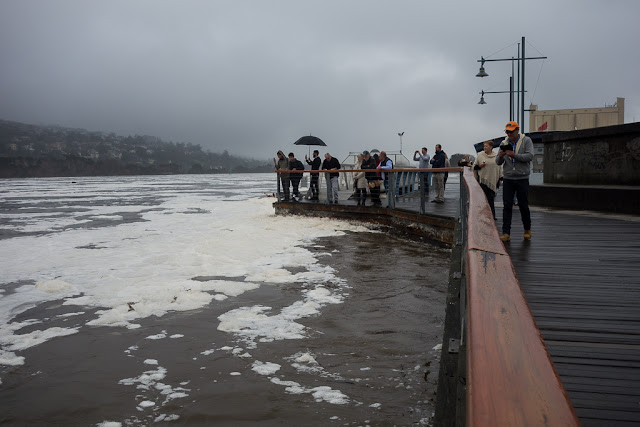 The water rose above the boardwalk and lapped at the door, some lower parts of Seaport becoming inundated. 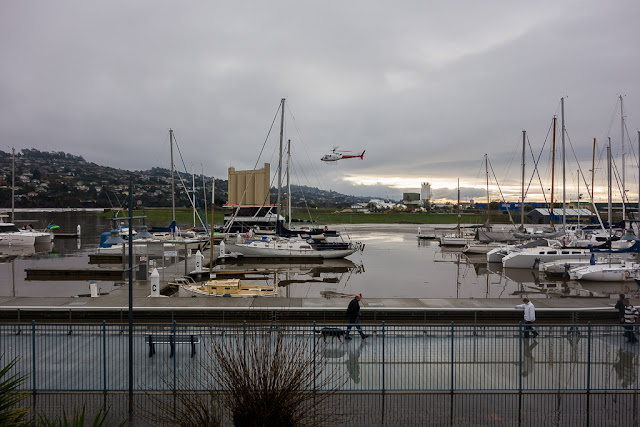 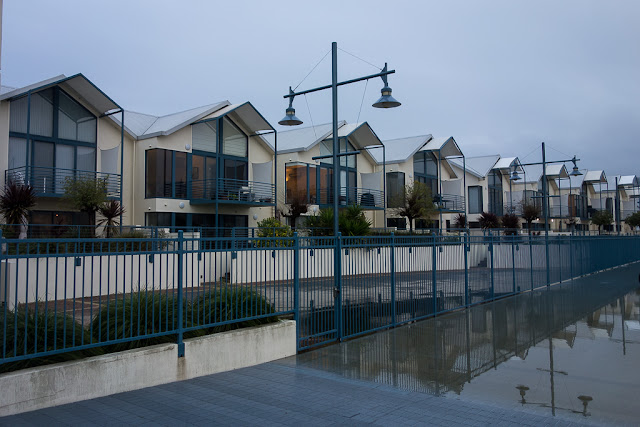 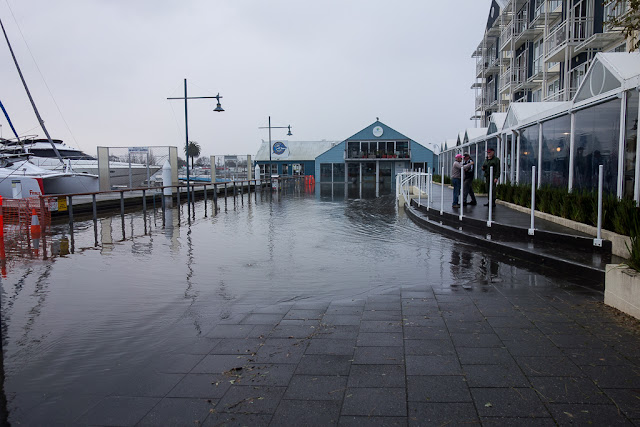 We received a text message to evacuate and the police began door knocking. Tonight the river will continue to rise and peak sometime tomorrow morning.  And who knows what after that...