There's been a lot going on lately, hence the break from blogging, lack of time and inclination. Some of what's been happening has been good, some not so good and some quite distressing. The last couple of days have seen a return to some kind of routine, a semblance of 'normal life'. And strangely, something quite ordinary, like stewing a heap of apples we picked from my sisters tree, helped ground me in a way little else has. There was something symbolic about that huge pile of peelings, something soothing about losing myself in a repetitive task, something restorative about taking something and making something else... 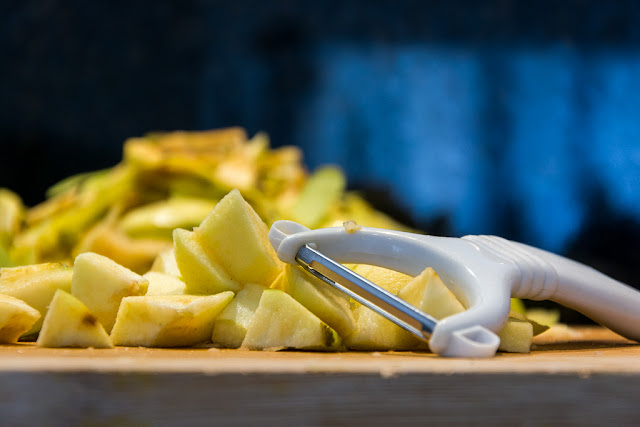 Posted by Maria DiCocco at 08:55 No comments:

My nephew just bought himself a wetsuit and a foam board, keen to learn to surf. Unfortunately the conditions were less than favourable, but what the heck they decided to have a go anyway. The closest beach with occasional swell is East Beach near Low Head, so that's where we were on a cold and windy Saturday afternoon.

I'm not sure why I thought moving to an aged care home would somehow change my father or that he would somehow be less of himself. Old habits die hard, as the saying goes. I'm not sure if it is Italians in general or my father in particular but some things just don't change. Like not being able to leave his room without some kind of food in your hand. Although my father no longer does the grocery shopping, prepares or cooks his own meals he still manages to insist you take food with you whenever you leave. One of the non negotiables of his new room in aged care was a fridge - for his beer and wine and salami and cheese and all the other bits and pieces he manages to accumulate. There is oil and garlic and chilli sitting on top of the fridge along with pickled capsicum and an easter egg. Whatever he is offered he takes, whether he eats it or not; the 'nots' end up in his fridge, like fruit and left over sandwiches.

He has missed his tomatoes this summer, no garden full of the red treasure. He yearned for home grown tomatoes, friends and family began bringing him gifts. Next thing the staff were contributing to his steady supply as well. He would make up his own tomato salad, laced liberally with oil and garlic, buy some 'good' bread and take it with him to the 'mess hall' (dining room). Once a staff member returned his walker that had been left behind, "How you know it belong to me?" he asked. Her reply, "I looked under the seat and when I saw the tomatoes and oil I knew it was yours!" In keeping with past habits the walker also has some folded up plastic bags under the seat and some string tied to the handle.

My father used to walk every morning, that is no longer possible, now he goes out on his mobility scooter - to the shops, along the walking track and up and down the streets. He keeps an eye out for fruit trees and over hanging branches. At the moment he has a stash of persimmons, figs and walnuts. He has a mental map of all the fruit trees in the neighbourhood, the where and when and who. The staff also contribute to his stash with produce from their own gardens or the gardens of neighbours. Yesterday a nurse brought in some figs and passionfruit.

He also loves flowers and always has a vase full of colour and good smells in his room. The other thing under the seat in his walker is a pair of secateurs. He wanders the gardens of the home and helps himself to the flowering roses. Luckily, not every resident does so and no one seems to mind. I have a sneaking suspicion his rose collecting is done somewhat surreptitiously.

He likes a chat (it is a bit unfortunate that many in the home are beyond a sensical conversation), has few inhibitions ("oh he's a wild man" said one of his friends) and is notoriously politically incorrect. He amuses and entertains without even trying. His recent concern over using oxygen was expressed as such "what happens I have oxygen, fall asleep, maybe my head blow off". As a resident said of him recently "he will never be lonely".

His health may be failing and the end beginning to loom large (hopefully a while off yet) but he retains the essence of what makes him uniquely himself...

P.S he has been known to cheat at bingo and just last week had a mobility scooter race with another resident (which he won of course because according to him his scooter is the best one in the whole place!) 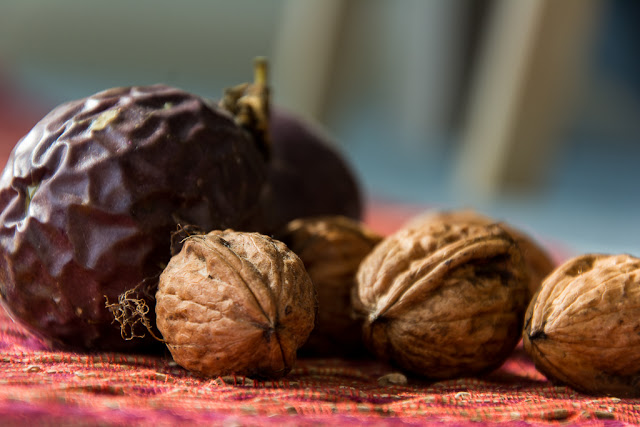 Posted by Maria DiCocco at 18:00 No comments:

A paella competition held at a winery, what's not to like about that? I had heard of Goaty Hill Winery and it was on the list of things to see/do. When local advertising told of a paella competition being held there today we decided today was the day to visit. Picturesque Tasmanian country side, verdant vines, wine, cheese, live music and the smell of paella, the cold wind the only thing marring a picture perfect post card experience. 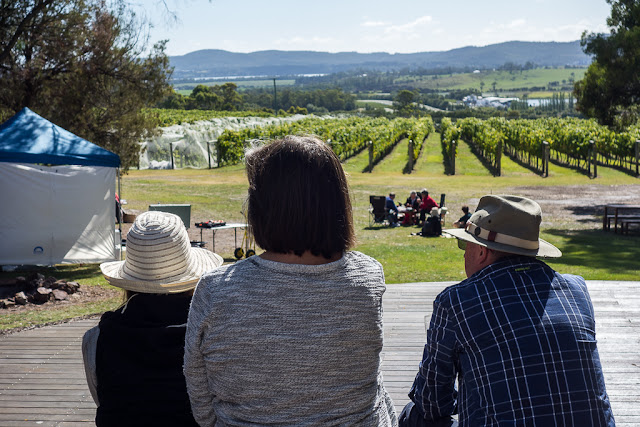 The competition was a serious one, the 56th International Valencian Paella competition semi finals for the pacific region, the winners continuing on to Sueca, Spain, for the finals. 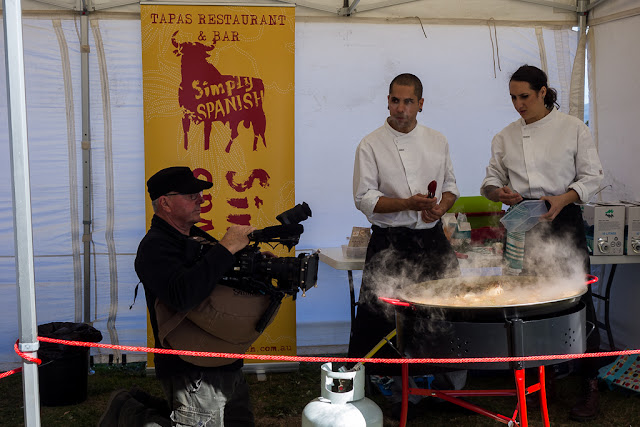 Not sure who all the judges were, we only recognised Matthew Evans and Nick Haddow from Gourmet Farmer. We joined a group where the guide explained the history and significant features of paella and we watched the various competitors prepare their dishes. 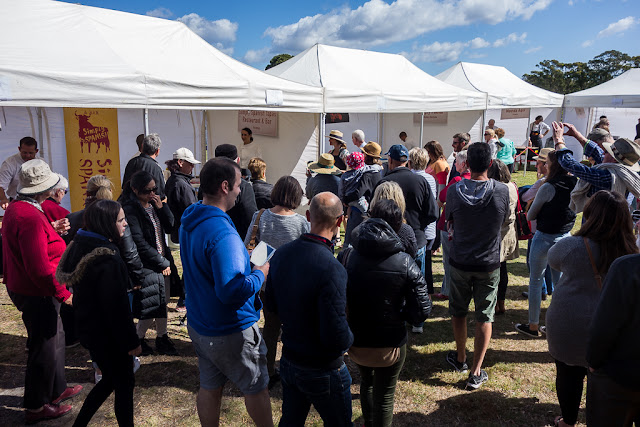 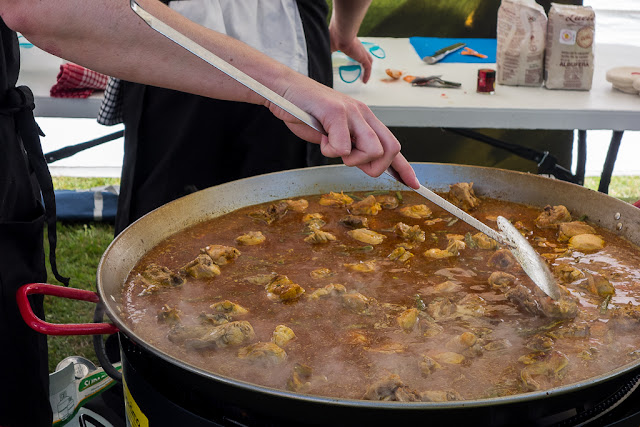 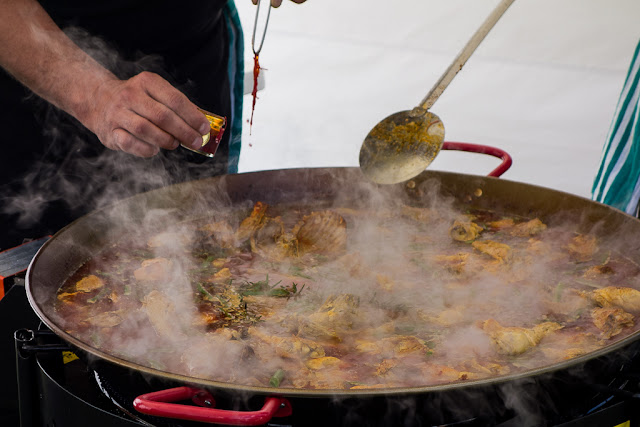 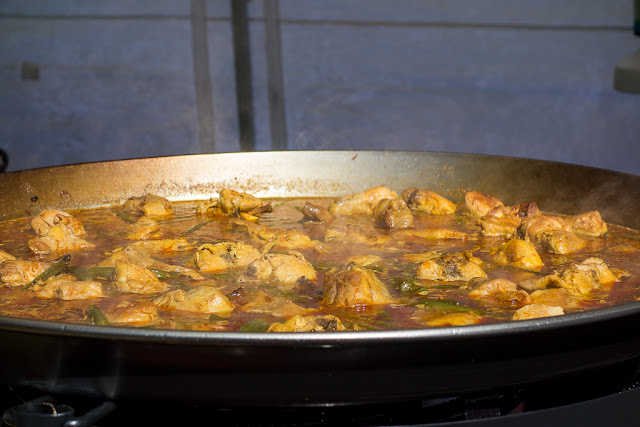 And we joined a long queue to actually get a bowl of paella for lunch. It was a very pleasant way to spend a few hours on a Saturday - beautiful surroundings, food and wine and learning something new. I'm pretty sure we will be returning...