a little bit of country

After a few days in Melbourne doing family stuff (a big smile) and a bit of shopping, Colin and I drove north. Not to Queensland (which is where Johanna is spending the holidays) but six hours or so to the very North West tip of Victoria - Mildura. Colin had some work meetings here and I came along for the ride. Neither of us have been to this part of the country before. Hour upon hour of Aussie bush and farmland interspersed by country towns in varying states of decline. There is something sad about main streets with boarded up shop fronts, telling a story of a time when things were different and hope survived. We passed golden fields of canola and then a 100km of wheat dominating the Mallee. 30km south of Mildura the wheat ends abruptly to be replaced by grape vines,  one paddock holds the last of the wheat and literally next door is the beginning of the vines.

Mildura sits alongside the Murray and a short walk from our apartment takes me to its banks. There are parks and playgrounds, a local art gallery, a walking track, a caravan park on the other side and house boats moored along the edges. 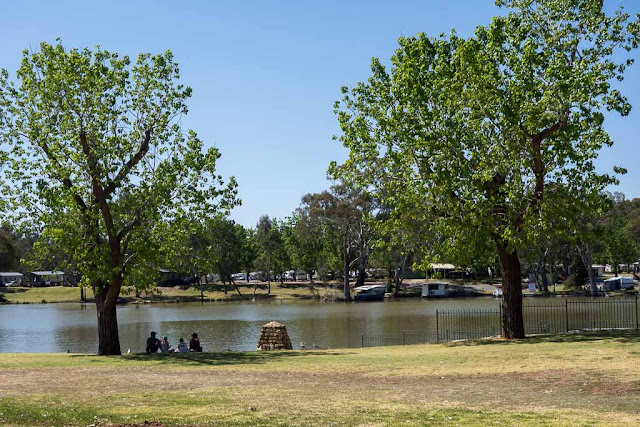 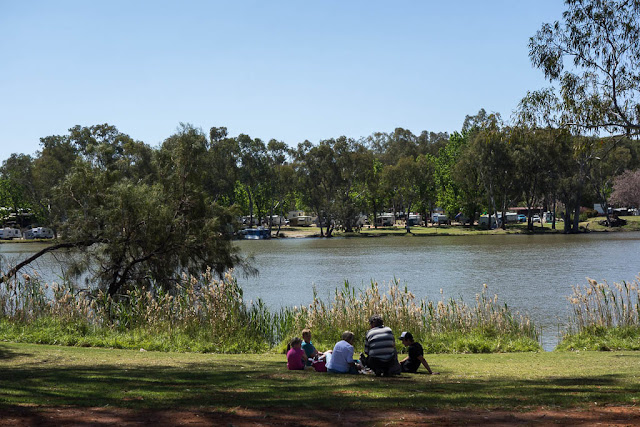 I spent a lazy afternoon walking and chatting to the ladies in the art gallery and reading a book under the shade of a tree. I shared the river edge with people fishing, kids feeding the ducks, teenagers splashing water at each other and sun baskers and sleepers laying on rugs.

Our apartment is also a stones throw from the main shopping strip. I had my lunch sitting in the mall today and later in the afternoon ate ice-cream there too. I shared the mall with hundreds of retirees all in town for the Mildura Country Music Festival! 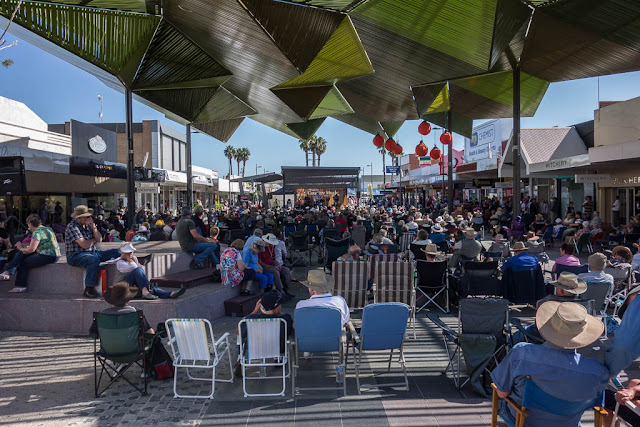 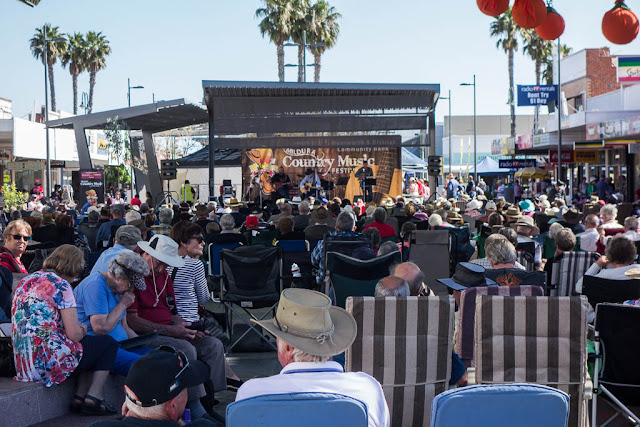 It is a sea of grey hair, beneath sun hats and other kinds of hats too - spotted quite a few acubra's. I don't think I saw anyone under 60, just lots of 'old people' with fold up chairs. This is one time when having a walker is a bonus, a mobile seat, ready anywhere any time. The musicians are of a similar age, seasoned veterans of the country music scene. There is something pleasant though about watching people enjoying themselves, relaxed and happy. It gives me hope (and makes me smile) when I see older people still enjoying life, travelling and pursuing passions and interests. There has been a spot of yodelling and occasionally a brave couple gets up and has a dance. There is line dancing at a different venue and I found out the musicians perform in different locations around Mildura, including a caravan park and an aged care home. I heard someone performing on this paddle steamer as it left for an afternoon cruise. 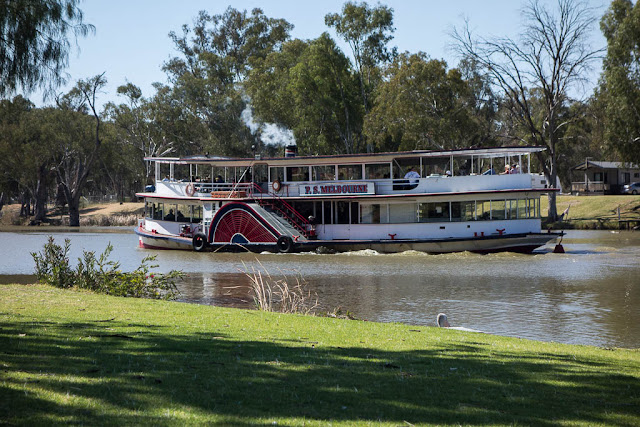 Posted by Maria DiCocco at 16:26 No comments:

There is a lot of coming and going at the moment.

I spent the weekend in Melbourne celebrating Colin's mother's 80th birthday, catching up with Heidi and Alex (feels strange not having Rachel around) and a sunny Sunday found Colin and I at Ocean Grove. Colin got his seaside fix and an unsatisfactory surf on an old, short board. We explored some out of the way places along the coast that we have never been to before. Unfortunately I didn't take my camera to Melbourne this time (just a quick weekend trip!) and missed the opportunity to try and capture something of the many golden fields of canola that dazzled in the sunlight. Cars were stopping all over the place and out came the iPhones to photograph the sea of yellow.

I have three days back in Tassie and two trips to Devonport to attend appointments with my father, then back to Melbourne for a bit. Johanna came to Melbourne overnight to attend her grandmother's birthday (she had to return for work on Sunday) and will head up to Caloundra when the Tassie school holidays start next week. For once Colin is staying put (in Melbourne for a month) and Johanna and I are doing the travelling.

I have not felt 'settled' since returning to Tassie in July when my father was in hospital. It doesn't feel like there has been a 'normal' kind of week since then. Lots of travelling back and forth, lots of doctors and specialists and decisions to make, helping Rachel prepare and begin her cycling adventure, saying goodbye, and somewhere in there work and life and everything else that happens day to day. I guess sometimes this is 'normal' life for a bit, doesn't look like much will change in the near future, I'm going to have to figure out how to be at peace with it all...
Posted by Maria DiCocco at 16:44 No comments:

the promise of spring

September brings with it an anxiousness to be done with winter, to put behind us the dark and cold and dormant. There is a looking forward to light and warmth and growth. Of late there is a glimmer of hope - the daylight hours are increasing, there is some warmth in the sun and nature is responding with a flurry of blossom and new growth. There is a collective sigh of pleasure as we contemplate what is almost here. And there is a collective flurry of activity in backyards and gardens as we keep step with the changing season.

We have been busy in my mother's garden -  weeding and pruning, fertilising and mulching, preparing vegetable beds and planting seedlings. 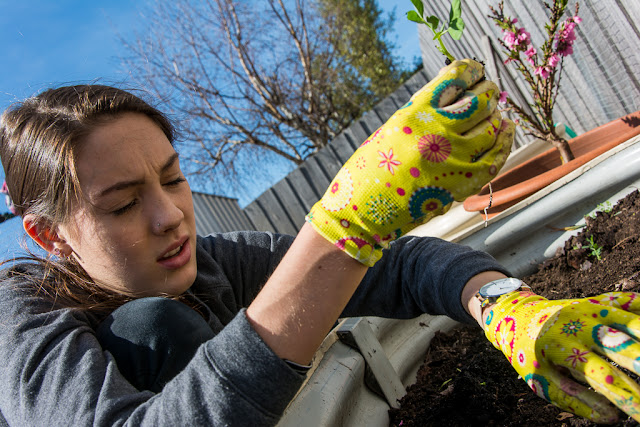 There are broad beans flowering, fruit trees in blossom, raspberry canes with new green shoots. There are old carrots to be dug over, spinach and celery to be picked and herbs that have come back to life. Potatoes have been planted, peas and beans too. There are plans for carrots, lettuce and rocket. And of course no summer garden is complete without tomatoes and basil. And that's just for a start, they'll be more along the way.

Spring is planning and preparing, the promise of a harvest yet to come... 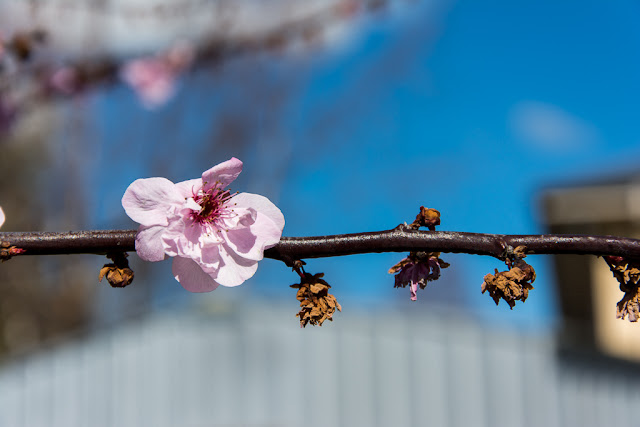 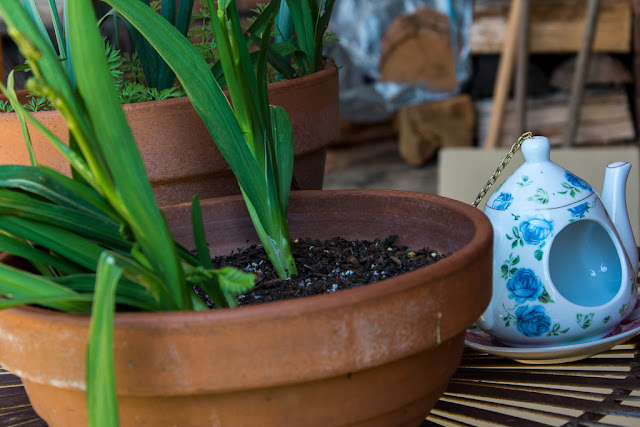 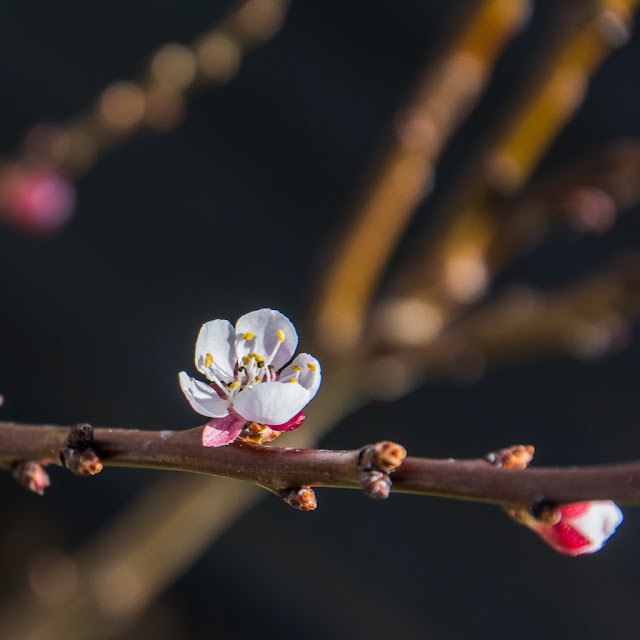 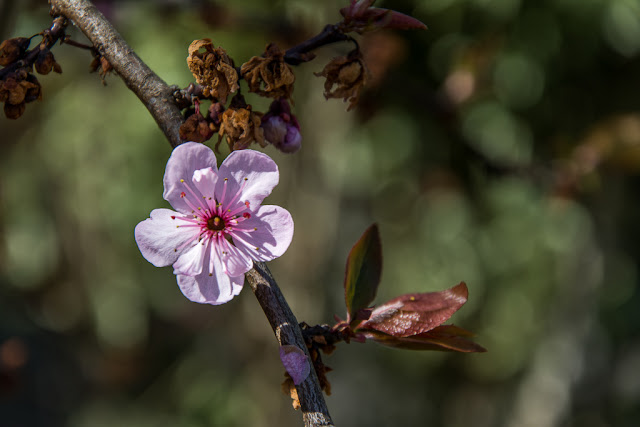 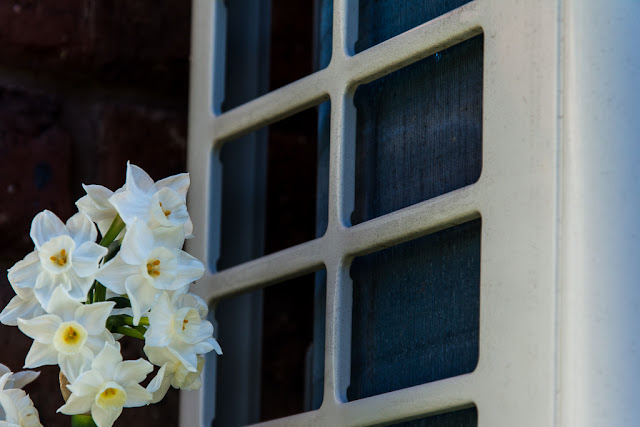 Posted by Maria DiCocco at 16:12 No comments:

There is a magical place in the far north east of Tasmania, literally at the roads end.

This place took our breath away, we decided we could easily live here!

Binalong Bay is just the beginning, in oder to truly appreciate this place you have to keep going. The road winds its way to The Gardens and then stops. This is literally the end of the road. There is National Park further in and it is possible to hike. I do not know what lies beyond - an adventure for another day. We made our way to the end of the road, were duly stunned and on our way back turned off into nooks and crannies exploring this amazing place.

Words cannot describe the beauty of this place, perhaps some photos can..

At the end of the road this what you find... 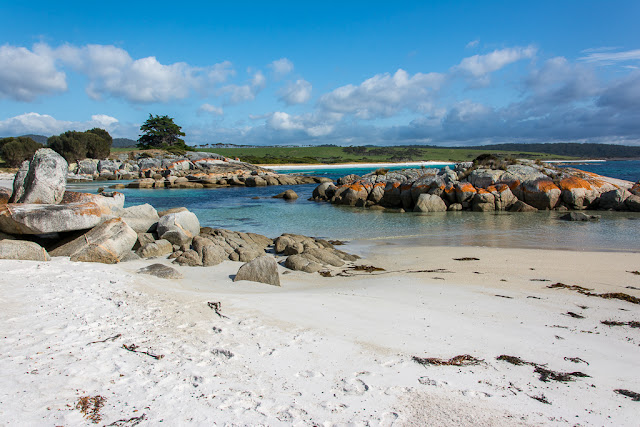 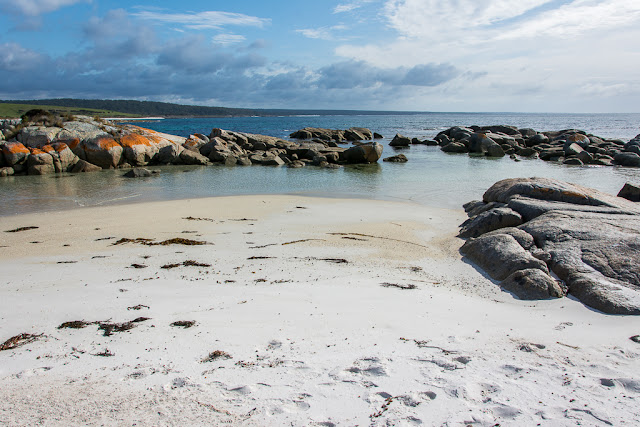 As we began to explore on our way back... 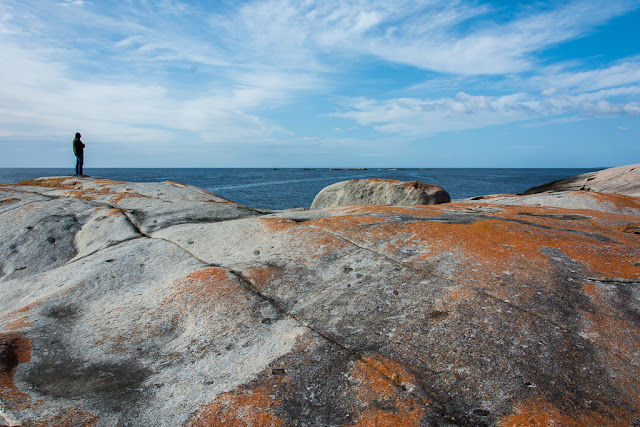 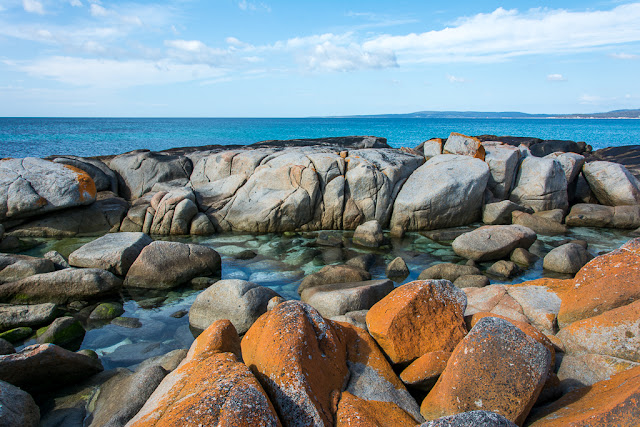 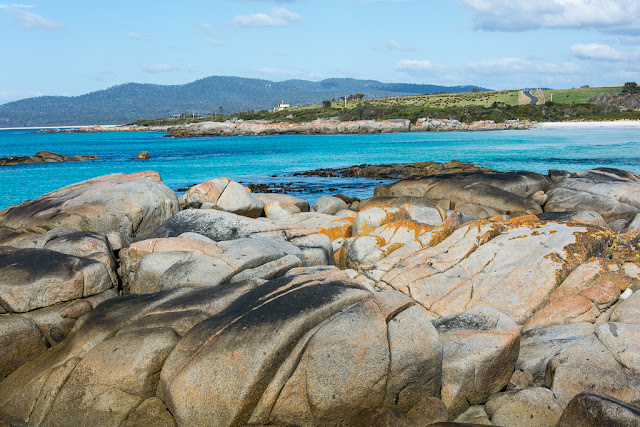 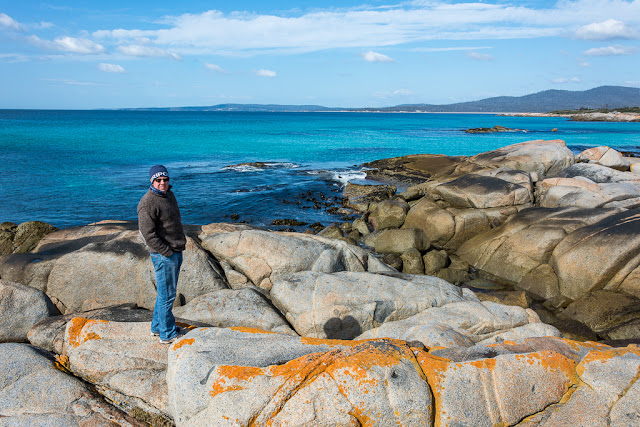 We turned down honeymoon road, a total of five houses shared this cove, their own private piece of paradise... 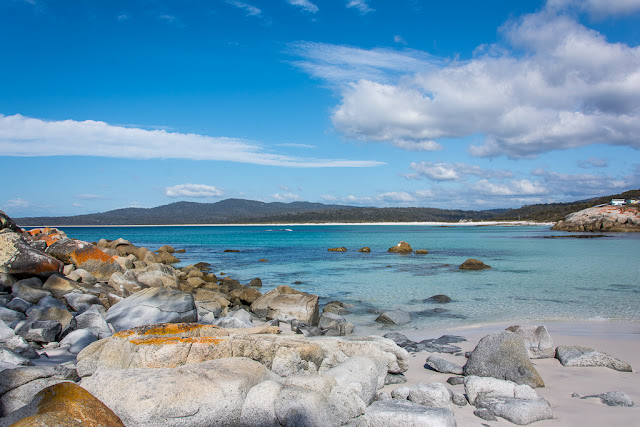 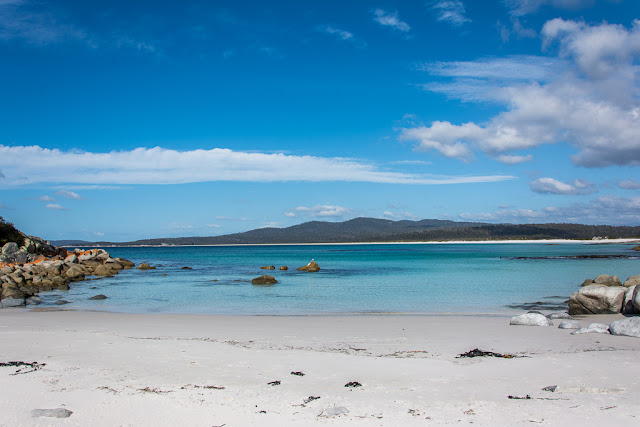 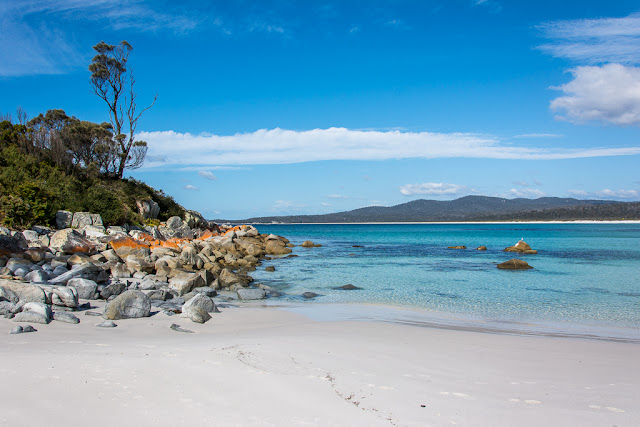 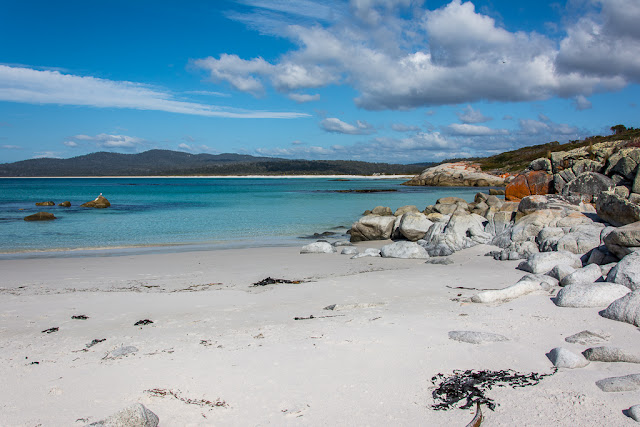 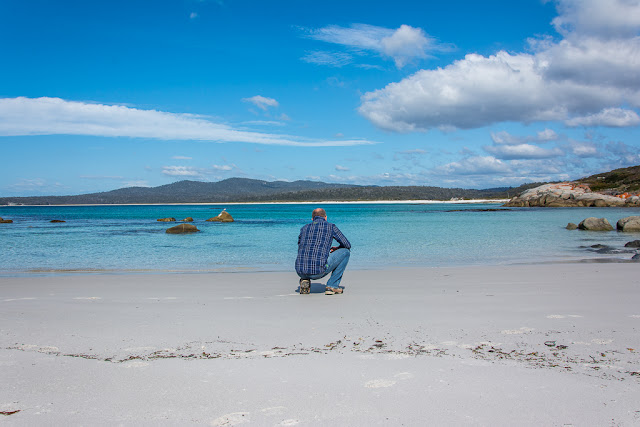 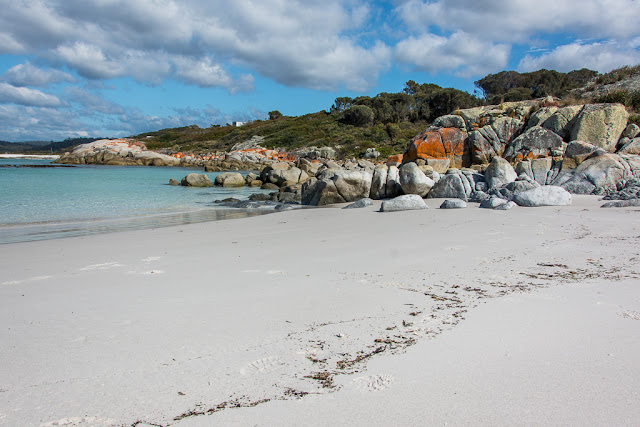 We spied a long stretch of beach, followed a driveway and bush bashed our way to Taylors Beach 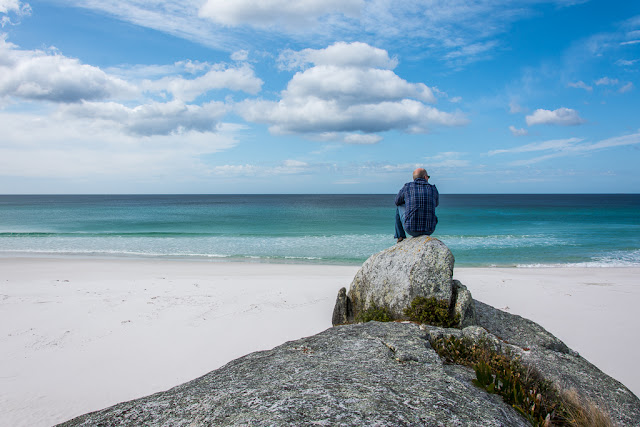 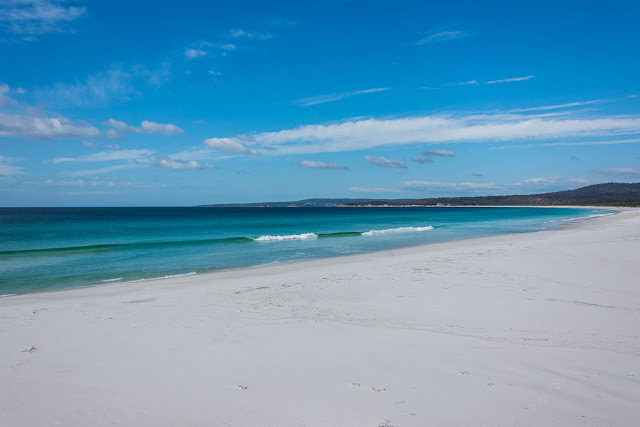 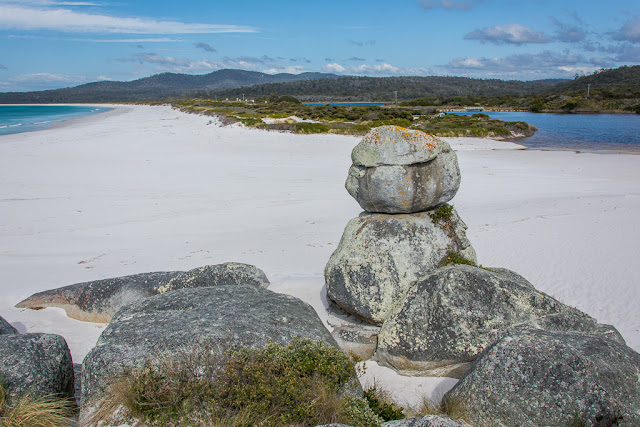 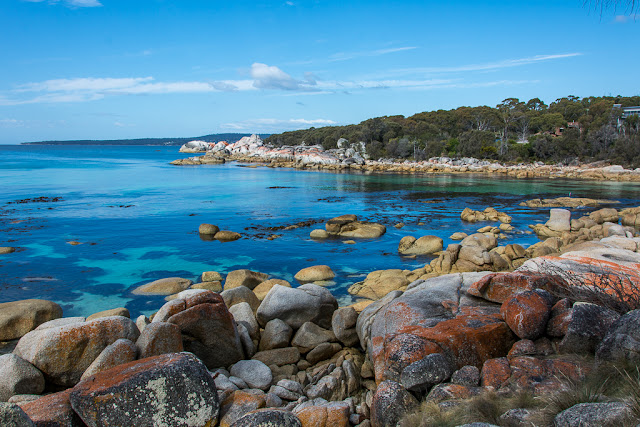 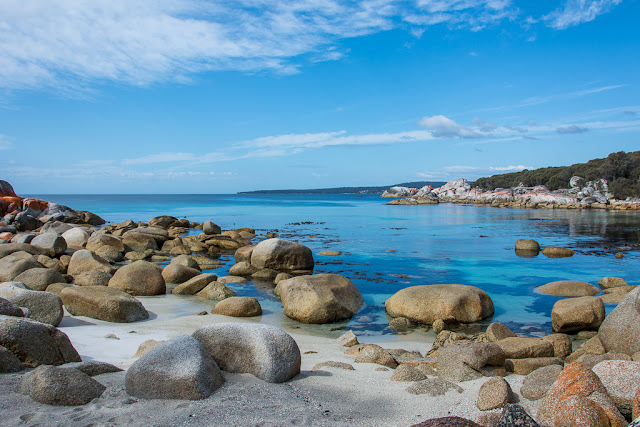 Posted by Maria DiCocco at 17:09 No comments:

Colin's birthday was a good excuse to continue our exploration of the East Coast, this time the far north. We took the longer route through Scottsdale and headed east from there, driving through a part of the state neither of us had seen before. We drove through towns we had never heard of (farming, mining and logging), through rich fertile farmland where the deep red/brown earth reminded us of the north west coast, through forests of ferns and moss, through scrubby bushland and over a few 'hills' finally arriving in St Helens in time for lunch.

And late afternoon we reached our destination, Binalong Bay, the southern end of the famous Bay of Fires... 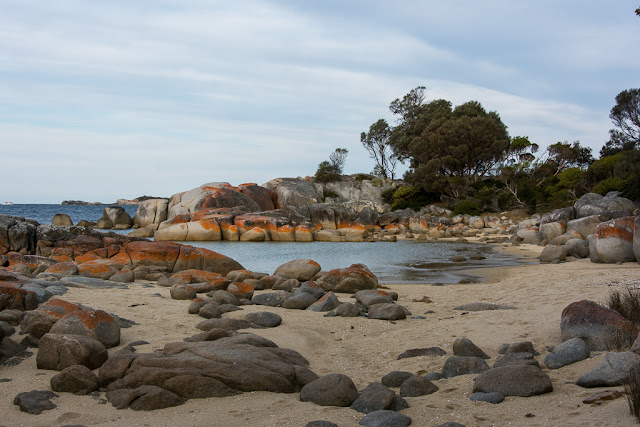 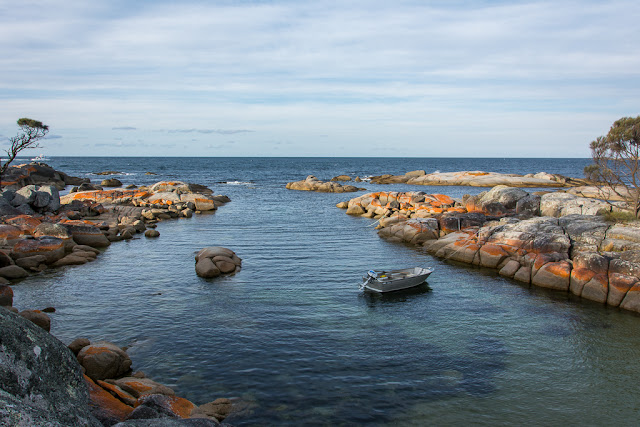 Posted by Maria DiCocco at 17:56 No comments: